No open door to oil for Lax Kw'alaams 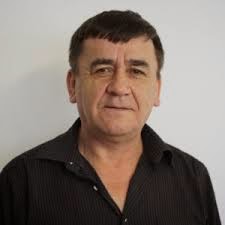 Mayor Garry Reece of Lax Kw'alaams has made things pretty clear to the Federal Natural Resources Minister, the Lax Kw'alaams First Nation will welcome some discussion on issues of LNG and other energy projects, but when it comes to oil, the door is closed.

Mr. Reece spoke on Tuesday following the announcement of two new initiatives from the Federal and Provincial governments over energy development on the North Coast.

However in this article from the Globe and Mail, he makes the point that his community will not support heavy-oil projects such as Northern Gateway.

Some time in June it is expected that the Federal Government will announce whether that pipeline project will go forward, the National Energy Board review panel offered up approval of the project with some 200 conditions to go along with it.

Since then, opposition to the project has been steadfast, with a recent referendum in Kitimat providing a result that provided another public setback for the Enbridge proposal.

And while Mr. Reece clearly outlined the opposition of his community to the Northern Gateway pipeline, there has as of yet been little comment from Lax Kw'alaams or Metlakatla, to the proposal of any shipment terminal plans for Grassy Point.

That project has been promoted by the North Coast's Calvin Helin, who has been providing much background on his Eagle Spirit Energy Project  for almost a year now.

Recently Eagle Spirit announced that the Aquilini Group would provide financial backing for the ambitious project, which would refine Alberta oil and ship it from a proposed Grassy Point facility.

While Mr. Reece has firmly shut the door on the Northern Gateway concept, supporters of Mr. Helin's proposal most likely will continue to point towards their project, as perhaps something that may yet find favour with local First Nations.

With a renewed focus on energy projects on the North Coast, the prospect of an oil refinery and shipment terminal is something that the local First Nation leaders should offer up some guidance on.

Providing an overview for the region, as to how they are receiving Mr. Helin's proposal and how it fits in with the  vision of First Nations on energy projects progressing on the North Coast.