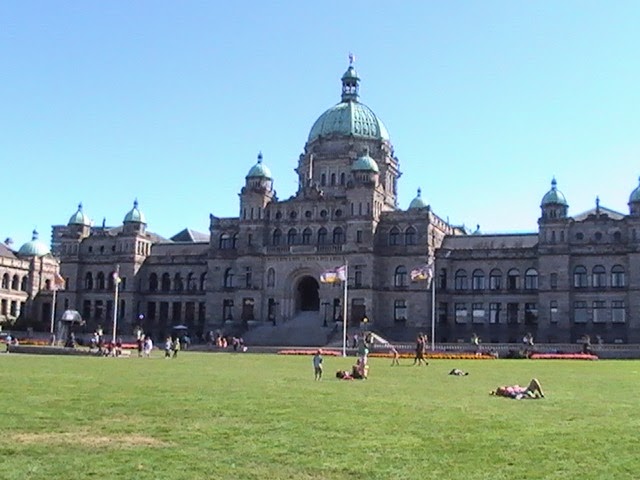 Proposed amendments to Bill 24 dealing with the Agricultural Land Reserve have been high among the list of concerns for NDP MLA's in this spring session of the Legislature.

With many of our elected representatives engaging in discussion on the proposed changes to the Agricultural Land reserve and the impact that those changes could bring.

The topic of Bill 24 is one that has clearly caught the interest of North Coast MLA Jennifer Rice, who as we outlined on the blog, spoke to the issue two weeks ago.

Ms. Rice once again joined in on that contentious discussion this week, taking part in House Sessions on the theme on both Tuesday and Wednesday afternoons.

Adding her name to those that would prefer to see the issue  referred to a Select Standing Committee and with the recommendation that witnesses be invited to those sessions to assist in those deliberations.

As part of her review of the topic for the House, Ms. Rice  recalled her concerns on the nature of democracy that spurred her on to politics, first as a city councillor in Prince Rupert and then in her bid for a seat at the Legislature.

In the course of her comments to the Legislature, she offered up her overview of the disengagement of the voter to the political process in recent years.

Many of the non-voting population that I engaged during my election campaign — of any generation — stated that they felt their vote didn't matter.

My hope would be that we encourage, not discourage, civic participation.


They are comments which make for some interesting observations on the theme of democracy.

Though from her short stay at the municipal level, it was a topic that perhaps didn't get a full review from her council counterparts.

At least if we judge democracy and civic engagement by the string of in cameras sessions that she was a part of during her time on City Council. Something that surely contributes to the impression that the voter doesn't matter and offers up impressions of a lack of transparency.

One item in particular comes to mind on the theme of civic engagement. That being last years City Financial discussions, where Council held a public forum to seek guidance on their Budget deliberations, only to then disappear behind the closed doors to disregard most of that consultation.

As events of the time moved forward, Council instead worked out a deal with CUPE to seemingly solve the financial concerns of the day. Though terms of that deal were never delivered to the public either before, or after the public forum, our contribution to the process apparently no longer required.

You can review some of that discussion at the Council chambers from our timeline of May 13, 2013, though the contributions at the time from our now MLA were rather limited to the theme. Her thoughts perhaps focused on her quest for provincial office that was taking place last year.

Beyond that rather stark reminder of dis-engagement, near as we remember there were more than a few other issues to that theme during her time on Council.

Items that local residents perhaps might have wished to have seen a bit more transparency on from the local government that she was a part of at the time.

For more items on developments in Victoria see our Archive page.
Posted by . at 10:23 AM

Email ThisBlogThis!Share to TwitterShare to FacebookShare to Pinterest
Labels: Bill 24, democracy, engagement, May 2014