B. C. based hotel chain looks to expand to Prince Rupert this fall 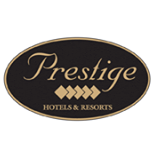 They're holding their development notes pretty close at the moment, but some indications through social media suggest that the Prestige Hotels and Resorts chain is making plans to locate in Prince Rupert his fall.

A teaser campaign has been launched on Facebook and twitter this week, highlighting the expansion plans for Prestige with Prince Rupert listed among some of the new hotels to open in the fall.

The short profile of their interest was released Wednesday on their website.

Considering the fact that at the moment, there is no large scale hotel complex under construction in the community, the Prestige brand will most likely be attached one of the existing hotel properties in Prince Rupert.

They currently are the operators of the Hudson Bay Lodge in Smithers, which appears to have been their jumping off point in the North, with Prince George scheduled to join Prince Rupert as part of the roster, with the Prince George location set to open sometime this summer.

Prestige Hotels and Resorts has a heavy presence in the Okanagan and Kootenay region of the province to this point, operating nine hotels in the interior, with one additional location at Sooke on Vancouver Island.

You can learn more about the Prestige plans, including job opportunities in Prince Rupert, as they move forward through the summer by way of their Website, Facebook page and Twitter feed.
Posted by . at 9:10 AM

Email ThisBlogThis!Share to TwitterShare to FacebookShare to Pinterest
Labels: Prestige Hotels and Resorts to locate in Prince Rupert this fall