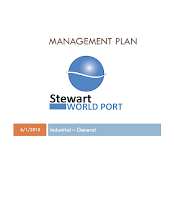 The first steps towards what proponents of port facility for Stewart hope will be the launch of a new Gateway from the Northwest was put in place last month, as officials from Stewart World Port submitted their Application for Land Use with the Ministry of Forests, Lands and Natural Resource Operations.

The project which is more of a barge anchorage lease, as opposed to a fix dock proposal, is designed to provide for additional use in addition to the existing dock. The cargo loads that would be destined to make up the bulk of the use of the facility would be directed towards the industries of mining, forestry, oil & gas, and hydro electric development.

As well in its application to the Ministry, Stewart Port officials note that new opportunities related to recovery in the forest sector ,as well as continued interest related to the construction of one or more LNG pipelines make up some of their considerations in the application.

Stewart has been courting LNG interests for a few years now, with the most recent update on the Canada Stewart Energy Group  proposal provided back in March of 2014.

The anchorage location would be used mainly as a way station, designed to accommodate up to three barges awaiting docking at Stewart World Port’s deep sea wharf, while the berth at the wharf is occupied by other ocean going vessels.

If approved, the anchorage would provide for additional shipping opportunities for the Port of
Stewart, which is looking to take advantage of increased activity in the region.

In addition to the expansion of product through Stewart, Port officials there note that the increased shipment levels out of Stewart could generate enough activity to justify the placement of tug boat operations in the community, as opposed to the current model of making use of tug boat operations out of Prince Rupert.

You can review more background on the application and the proposed expansion of service from the Port of Stewart from this submission to the Ministry.

The comment period for the application comes to an end on August 8th, 2015

You can review more background on the Stewart World Port from their website
Posted by . at 10:39 AM