As the UBCM convention wraps up in Victoria today, a stream of announcements is starting to gain traction as municipal leaders outline some of their work at the annual gathering.

Prince Rupert Mayor Lee Brain had some news to share with North Coast residents on Thursday, highlighting through his Facebook page of a new step in his political career, joining the group of British Columbia Mayors that make up the municipal led initiative on climate change.

The opening on the BC Mayors Climate Leadership Council became available earlier this month when Burns Lake Mayor Luke Strimbold announced his resignation from municipal politics, leaving a spot open with the collective as the municipal leaders took to their work this week.

With his addition to the municipal organization, Mayor Brain will join Smithers Mayor Taylor Bachrach in representing communities of the Northwest on the ten member Council. 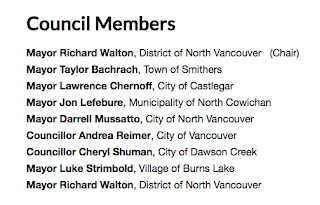 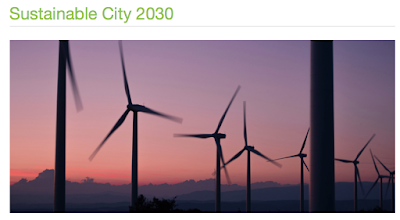 Formed in September of 2010, the organization made up of mayors and council members from large and small communities across the province is designed to move the concept of climate action forward.

The focus of the BC Municipal Climate Leadership Council is to lead, educate and engage residents across the province in issues of climate action in their community.

You can learn more about their work here.

Further notes on developments at UBCM can be found on our archive page here.
Posted by . at 8:52 AM

Email ThisBlogThis!Share to TwitterShare to FacebookShare to Pinterest
Labels: Mayor Brain to join BC Mayors Council on climate