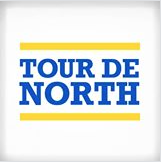 The annual Cops for Cancer - Tour de North ride for charity got underway over the weekend as those participating in this years journey from Prince George to Prince Rupert departed for the North Coast on Friday.

The Cops for Cancer Tour will travel the 850 kilometres of highway between the two cities over the course of this week with their arrival in Prince Rupert expected sometime between 5 and 5:30 PM on Thursday afternoon.

The weekend travels saw the 25 riders and their team members travel through Vanderhoof and Fraser Lake as they pushed through some of the challenging terrain of Highway 16.


Today's schedule calls for the participants to roll through the communities of Burns Lake, Houston and Smithers, with a number of community events planned for each location along the way.

The tour arrives in Terrace on Wednesday with events planned for the afternoon and evening, the riders then begin the home stretch to Prince Rupert on Thursday morning.

The ride wraps up with a Thursday Evening Welcome event in the BC Room at the Crest Hotel, which is to take place from 3:30 to 5:30 PM and is Open to the Public.

The third rider on Team Prince Rupert is realtor Michal Sluka, who has embarked on his first Tour de North.

Ms. Collins outlined some of the motivation that many riders find from their participation in the ride, offering some background and perspective on this years Tour de North with a letter to the Editor in last weeks Northern View.

The complete calendar of the tour and their stops along the way can be found here.

More notes on the tour, an update on the fundraising efforts and information on how you can donate to the tour can be found from the Tour de North website.

Proceeds from the Tour de North will be put towards pediatric Cancer research and to assist in financing trips for children to Camp Goodtimes.

Some of the coverage of their journey across Northern British Columbia can be found below, we will update the files as they pass through the various communities along Highway 16.

Email ThisBlogThis!Share to TwitterShare to FacebookShare to Pinterest
Labels: Tour de North Riders into the Bulkley Valley with Rupert the final stop Thursday