For British Columbians that grumble whenever the Hydro bill comes in the chance to take your observations public has arrived, with the British Columbia Utilities Commission seeking public comment on the two-tier electricity rate system currently in place in the province.

The BCUC is responding to a request from the Ministry of Energy and Mines to deliver a report to the BC government on the impact that the two tier rate structure has had on residents across the province.

The system which has been in place for a number of years now has residential users paying a lower price for electricity consumed up to a threshold point and then charged a higher price for any electricity that is consumed above that point. 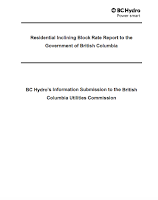 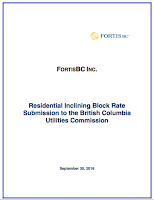 The BCUC task is to compile reaction from British Columbians on two reports that have been released on the topic, one from BC Hydro, the other from FortisBC.

A look at the range of exhibits reviewed by the BCUC can be found here.

Those that have comments or observations related to the two tier rate structure and how it may be having an impact on them can deliver that feedback through the Letter of comment form on the BCUC website.

You can can submit your comments by email at Commission.Secretary@bcuc.com or by regular mail, directing your correspondence as follows:

The deadline to submit your contribution to the topic comes up on November 24, 2016

More items on BC Hydro related issues can be found here.
Posted by . at 8:58 AM