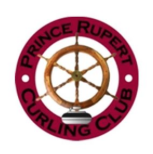 With the Halloween Sturling competition and accompanying OktoBEERfest now part of October's memories, the Prince Rupert Curling Club turns its attention towards the season ahead with Five Key Bonspiels planned for the 2016-17 season.

The Bonspiel season will start next weekend when the Ladies Spiel takes to the Ice from November 11 to 13, providing the first test of the year for the pebbled ice on the city's east side.

This years event features a 50's Rock and Roll theme, competing teams will see a schedule that features a minimum of three games. Along with the action on the ice, the social events are plenty as well, with a Friday Night potluck and Saturday Dinner and Dance included as part of the weekend of Curling, with Much Gusto providing the catering for Saturday's social.

For More information on the Bonspiel contact Natasha at 250-600-1972 or by email at nlebedick@gmail.com 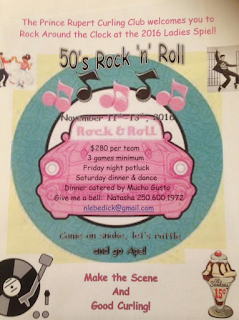 2017 brings two Bonspiels to plan for in the first three weeks of the year.

Followed by the Fishermen's Sturling Spiel to take to the ice on January 21st.

The end of February brings one major event to the Club.

The Mixed Bonspiel with teams competing from February 24 to 26

March as tradition holds will deliver the Marine Men's Bonspiel the highly anticipated event that brings out the competitive brooms takes place March 10 through 12.

The Bonspiels and events are in addition to the usual winter activities at Curling club which Features League Curling on Wednesday and Friday nights and Junior Curling every Sunday.

You can keep up to date on events and other happenings at the Seal Cove Club from the Prince Rupert Curling Club Facebook page.

Notes and updates on Curling across the Northwest can be found on our archive page here.

Email ThisBlogThis!Share to TwitterShare to FacebookShare to Pinterest
Labels: ladies Bonspiel Nov 11 to 13