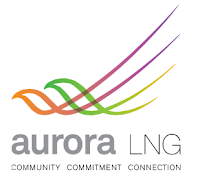 The clock will stop on another North Coast LNG project, as Aurora LNG, the Chinese led development proposed for  Digby Island has submitted a request for a pause on the review process currently underway for their project.

In a letter submitted to the British Columbia Environmental Assessment Office on Monday, Darcy Janko, the Senior Manager for Regulatory Affairs  for Aurora outlined the background to their request for the 56 day suspension of the environmental process.

The request comes after a volume of concerns were listed in the recently completed comment period in place for the Aurora LNG project.

As we noted on the blog on March 15, there was a significant amount of participation in that environmental review, including a four page contribution from the City of Prince Rupert.

The comments that were submitted called attention to a range of issues raised by residents of Dodge Cove, Prince Rupert, the expansive file also included a large number of contributions from those living far from the North Coast.

Among those areas noted by Aurora as requiring further action on their part were:

In their correspondence, Aurora seeks the additional time so as to adequately examine, respond and discuss the issues with the appropriate stakeholders and Aboriginal groups.

Aurora LNG has submitted the timeline below as to how they wish to proceed with the pause leading up to the restart date of May 15th for the 180 day review period. 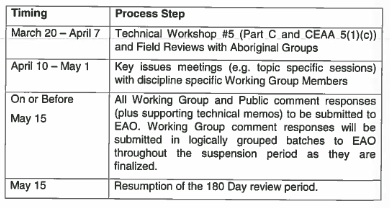 It is not the first time that such a request to stop the clock has been made on a major LNG project in the region, those that followed the Pacific NorthWest LNG process will remember that there were multiple requests of a similar major made during the course of that EA process.

The original completion date for the Aurora review had been listed as July 10th, the revised timeline would take that process towards the fall of this year. 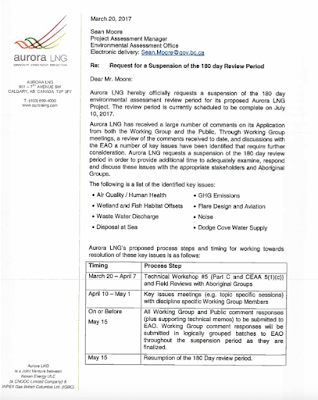 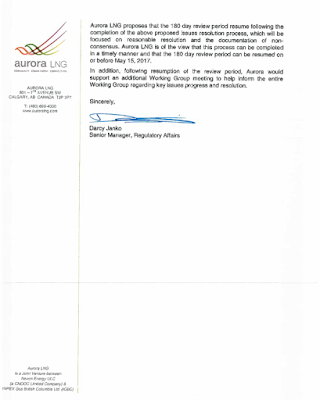 You can review the Aurora LNG files listed with the BC EAO from their website here.

More items of interest related to the Aurora project can be found on our archive page.
Posted by . at 8:35 AM