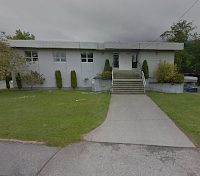 For the Regular Board Meeting of Tuesday, Teacher recruitment, Aboriginal education and the latest news from Roosevelt Park School provided for the bulk of the discussion points.

The Board members heard of three activities at Ecole Roosevelt Park Community School that have contributed to student participation, among the items of interest that trustees heard of,  on featured the use of chess to help students improve their social interactions with others. Physical activity at the school has shifted towards a fitness circuit, while many students are actively participating in a science fair, which encourages an inquiry approach to their learning.

The motions, were designed to highlight the ongoing issue of the challenges for teacher recruitment in the North. Two motions were delivered in recent weeks, the first at a gathering of the British Columbia Public Schools Employers Association, as well as at the Provincial Council meeting of the British Columbia School Trustees Association. Towards addressing the issue, SD52 outlined its support for a letter from BCSTA President Teresa Rezansoff  to reinforce the importance of the issue for the North.

The School District also received an update on a report from the District Principal of Aboriginal Education and Ms. Elizabeth Wilson which highlighted the work of the department and success of Aboriginal students in the District. To this point there is no link on the SD52 website that will give parents an opportunity to review that data.

The looming deadline for Cross-Boundary Applications was also made note of during the Tuesday session, with the School District now returning to the need for parents to apply each year for cross boundary student transfers.

With that in mind, the deadline for the 2017-18 application period for cross boundary interest is set for March 31, 2017.

The Board also made note of the timeline for their Budget process, which featured the last public opportunity for comment of last Thursday.

The Board also addressed committee work on the evening, with 2 policies, Student Reporting and Use of School Grounds and Equipment sent to partner groups for further feedback. While three policies were approved and updated for the Policy book.

Those included areas of interest in Student medications, District Discipline and Acceptable use of Technology.

That seat has remain unfilled since Trustee Judy Carlick-Pearson resigned her position in the fall of 2015.

You an review the main themes of the meeting from this information release from the School District.

For more items related to education in the Northwest see our archive page here.
Posted by . at 9:29 AM

Email ThisBlogThis!Share to TwitterShare to FacebookShare to Pinterest
Labels: SD52 Board meeting March 7 2017