North Coast remains a two party race heading to May 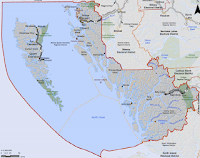 We passed the two month warning mark last Thursday for the 2017 provincial election campaign and heading towards our date with the election booth of May 9th, the race on the North Coast remains but a two party contest.

So far, only Jennifer Rice for the NDP and Herb Pond for the BC Liberals are taking to our doorsteps and posting their social media messages in quest of our votes, with few indications that the Green Party, or any Independent candidates might want to step into the contest.

To this point of the May campaign for the most part, such parties as the BC Greens, or BC Conservative Party, as well as the colourful range of other parties on the periphery of the BC political scene are taking a pass on the North Coast. 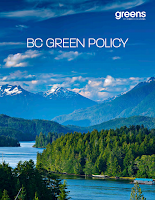 The lack of a Green Party candidate to this point is an interesting angle for the campaign in the region, considering the ongoing debate on environmental and development issues, it's puzzling that the party appears prepared to sit things out on the North Coast.

It's a decision that is probably somewhat of a relief to the incumbent Ms. Rice, a candidate who has a message that at times is more reflective of Green issues, than of some of those themes that the NDP have delivered in years past.

When it comes to the political dynamic of the North Coast, it's Ms. Rice who could be vulnerable to a bit of vote slippage in the riding, should the Green message be presented to the residents from Prince Rupert to Haida Gwaii and along the Central Coast.

However, by not offering up a candidate in the region, the Greens aren't exactly making a case that anyone should take their messages to heart and it certainly isn't providing the image of a party ready to defend its policy options in an area that would be perhaps most impacted by many of them.

The full Green Policy book can be reviewed here and it explores a number of themes that North Coast residents might have something to contribute to when it comes to a discussion on their plans.

The eighteen pages of policy cover a wide number of themes, focusing on economic issues, environmental concerns, approaches to Health care and the need for Responsible government, to name a few. 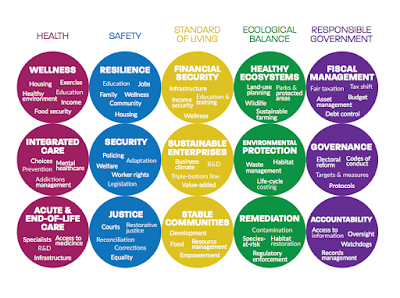 On their website the BC Greens are inviting the public to become involved in the election campaign platform,  promising open houses and other ways to provide input, though for the North Coast any interest would for now appear to be one of a long distance correspondence.

When it comes to political activism for the province's third political party, the Greens are fairly focused on the large urban riding's of Vancouver, Victoria and the Okanagan, where so far 55 candidates have been nominated for the campaign.

Those are areas of British Columbia where many of the Green policies seem to make for good coffee shop topics and will enliven local debates in the larger communities, but also provide for a rather significant lack of candidates in the rural areas that those same policies would offer up the opportunity for some strong debate as well.

Perhaps the Greens are waiting a little further into the campaign to put forward a candidate and tackle the many issues that they are associated with the riding's of the Northwest.

The listings for candidate nominations from the Green party website note that the Application Period on the North Coast is still open.

That is similar to the theme found in both Skeena and Stikine in the Northwest.

Until the party puts forward candidates to speak to their policies and ambitions for the province, much of the Green message probably won't find much traction in this part of BC.

The absence of a local candidate to carry the Green message to area residents means that local voters won't have the opportunity to contribute to the debate, nor have a forum to indicate whether they support the Green principles or not.

Without someone placing their name in contention for the North Coast seat, for the moment when it comes to the Green Policy book it is probably a document best placed in the Fiction section of your political library.

You can follow some of the latest items of note from the Provincial campaign from our North Coast Votes archive page here.

Email ThisBlogThis!Share to TwitterShare to FacebookShare to Pinterest
Labels: Greens sitting out on the North Coast at the moment