Prince Rupert PeeWees in quest for Championship at Fernie Tournament

Sunday afternoon marks the start of a week long journey for the Prince Rupert Sea Wolves as the Pee Wee team takes to the ice in their first game of the Provincial Pee Wee Tier 4 Championships in Fernie.

This years Pee Wee Tourney is hosted by the Fernie Minor Hockey Association, which has been putting together the logistics of the week long event for quite a bit of time now.

A look at some of the work required to put on an event like the Pee Wee championships can be found here from the organizers' handbook for the event.

The Sea Wolves open up tournament play Sunday afternoon, followed by the Opening Ceremonies later that evening. The final game of the Tournament comes on Thursday, March 23rd.

In between a full six days of hockey will see the seven participating clubs skating hard towards the Thursday championship.

During the course of the week long tournament  Prince Rupert faces off against teams from the Okanagan, Lower Mainland, Cariboo and Kootenay regions of the province.

Prince Rupert found their way to Fernie following an uncontested zone title, allowing them to make their travel plans for the Kootenays.


Tournament games are available for viewing on a Pay Per View basis, with the feed from Fernie being made available for streaming for a cost of 8 dollars a game.

The full schedule of Pay Per View games can be found on the listings page here. 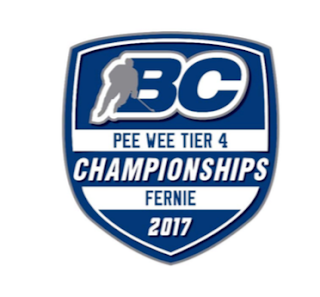 The Broadcast Schedule for the Seawolves looks as follows:

Some notes on the Pee Wee tournament can be reviewed  from the Fernie Minor Hockey Association.

For more items related to Minor Hockey on the North Coast see our archive page here.

The permanent link to our archive page for the tournament can be found as part of our North Coast Review Extra Edition section found in the right hand column of the blog.
Posted by . at 3:11 PM