Those that like to buy their flour in the 10kg bag will want to take note of a product recall issued by the Canadian Food Inspection Agency.

A Food Recall Warning has been issued by the Agency for 10 kilogram bags of Robin Hood Brand All Purpose Flour, Original  -- which has been recalled to E. Coli.

The Flour was distributed to stores in the four Western Canada provinces of British Columbia, Alberta, Saskatchewan and Manitoba.

In a notice to consumers, the CFIA notes that the recall was put into effect as of March 28, following one reported illness that was associated with the produce, adding that consumers should not consume the recalled product. 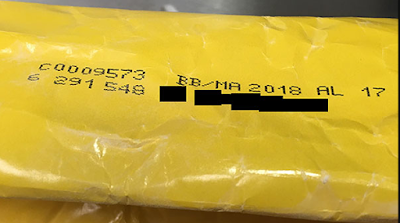 Update: the number of cases of reported illnesses related to the issue has increased, with the Public Health Agency of Canada issuing this advisory
Posted by . at 8:32 AM