Riding the rails to Rupert, just one option for VIA's 150 Youth pass holders


It's a new promotion from VIA Rail might just help bring a few visitors to the North Coast this year, with the national passenger service having a one day blitz yesterday offering 1,867 youth rail passes for 150 dollars, in celebration of Canada's 150th Birthday.

Of course, the railway runs both east and west, so the youth of the North Coast also had the opportunity check the program out and start checking their Google Maps to see what destination they wish to explore beyond the Tyee Crossing.

The project designed for travellers between the ages of 12 to 25 offered up the prospect of unlimited Economy class travel through July to any of the destinations that VIA Rail serves . 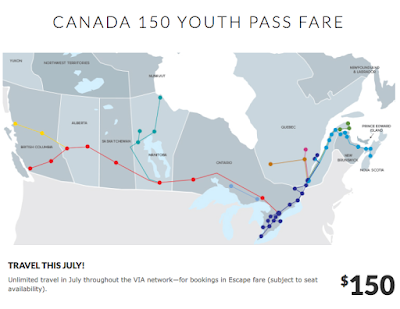 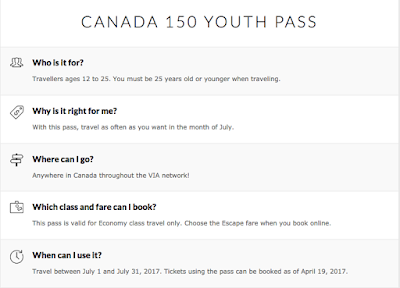 Though, while it was a pretty good idea,  the actual launch of the VIA plan had more than a few glitches along the way, and with a few dis-satisfied would-be customers.

With technical issues leaving would be travellers lost in cyberspace, unable to connect with the VIA rail servers in time to take advantage of the program, something which created a bit of  PR disaster for the railway as those left on the siding vented through the railway's twitter feed. 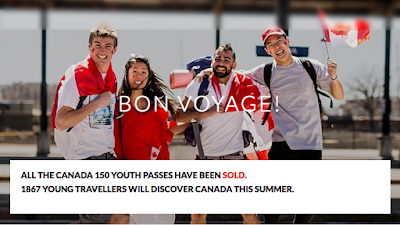 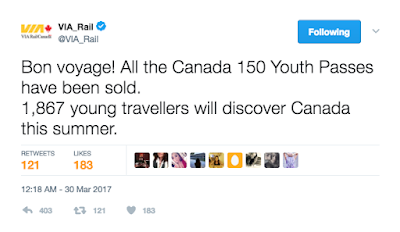 The most telling commentary from those that didn't get through this time around, was the suggestion that with the project one that generated some significant interest, VIA might want to offer the program again, once they sort out their computer issues.

One of the more creative tweets to the railway was the suggestion that VIA offer up an additional 2017 passes as a form of apology for how the original plan rolled out.

If they do, the VIA website and twitter feed will be the place to watch for another opportunity to take to the rails.

For other items related to VIA Rail operations on the North Coast see our archive page here.

Update: VIA Rail feeling a bit of pressure from the customer base offered up an explanation on Thursday,  making note of their website issues and how they handled them.

Email ThisBlogThis!Share to TwitterShare to FacebookShare to Pinterest
Labels: VIA rail Youth Pass