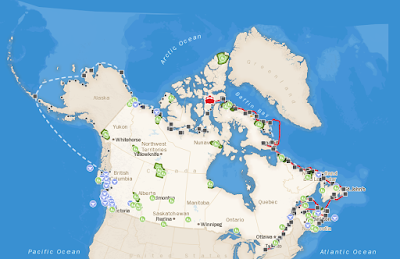 A maritime celebration of Canada is roughly halfway through its journey of three coasts with the Canada C3 expedition now in Canada's High Arctic, steaming westbound with one of its Pacific port calls set to be Prince Rupert in late September.

The September 29th arrival on the North coast will mark the first British Columbia port call for the vessel as it wraps up its summer long journey which started in Toronto back in June.

When it arrives in Prince Rupert harbour the vessel will spend a full week alongside offering a hands on opportunity for North Coast residents to explore the ship and learn more about its mission to inspire a deeper understanding of the nation, its people and the past, present and future of the country. 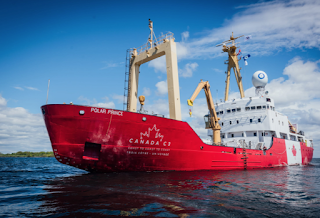 The crew of the vessel Polar Prince which set sail in June out of Toronto, offers up a cross section of Canadians who have been part of the journey so far,  included on the list are some famous names such as Smithers musician Alex Cuba, Olympic athletes Adam van Koeverden and Mark Tewksbury, Comedian/actor Shaun Majumder, journalist/reporter and author Ian Brown, Jeff Hutcheson of CTV News fame as well as politicians Fin Donnelly and Seamus O'Reagan to name a few.

They have joined the ship at various stops along the way, sharing the experience with a number of other journey participants, along with a number of youth explorers set to make their mark in the country.

You can review the full roster of participants here.

The trip over the three oceans off Canada's shores has been divided up into fifteen legs, the current leg of the trip in the Arctic region is Number 9.

The Prince Rupert stop is on Leg 12 and the crew makes for a mix of musicians, scientists, First Nations leaders and youth ambassadors, you can review the biographies of the participants on the Prince Rupert stretch here.

More notes related to Prince Rupert events set for September 29th to October 2nd, will be released as we get closer to the vessels arrival in port. 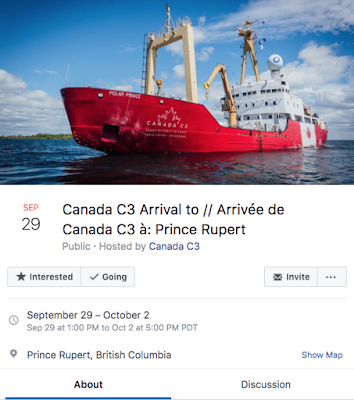 The official website for the Canada C3 also features a vessel tracking option, where you can track the vessel as it makes its way to the Pacific.

The project and its upcoming arrival in Prince Rupert offers a once in a lifetime opportunity for local teachers to incorporate some of the past travels of the vessel and its message into the September curriculum, with the four day port call making for a travelling museum exhibit set to tie up on the waterfront.

More on the journey can be found from the YouTube video update page, the video below traces the travels to the half way point.


Check back to the blog from time to time over the next six weeks as we, keep you up to date on the travels of the C3 expedition gets closer to its Prince Rupert port call.

More items of note about North Coast events can be reviewed on our archive page.
Posted by . at 8:58 AM