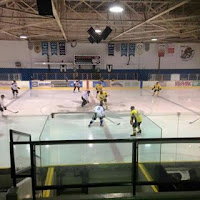 Those with limited experience when it comes to hockey haven't been forgotten at the Jim Ciccone Civic Centre, with an opportunity to take to the ice one again this year with the Prince Rupert First Timer's Hockey League.

Organizers of the league hope to be on the ice in the second week of September, with two ice times booked for the year so far, the first on Monday's at 10:45 to 12, followed by ninety minutes on Wednesday's from 10-11:30.

As well, they are looking to see if any further ice time may be available should interest require it.

Registration has been taking place since the middle of this month with Registration Fees of 300 dollars for those taking part in the league's activities. You can sign up for the year ahead at the Prince Rupert Civic Centre.

One change from last year is that no recreation league players will be accepted as part of the First Timer's league, making it truly a league for those who are new to the game, or wish to participate at a less intensive level than some of the other Prince Rupert leagues.

Some past participants have taken to the game and after developing some skills with the First Timers have moved on to the next level of community hockey with either the Recreation league or the Old Timers league.

More background on the league and contact information for the year ahead can be found on the First Timer's Facebook page.

Notes of interest on the range of Adult Hockey options in the community can be found on our archive page here.
Posted by . at 10:16 AM