Workers at Prince Rupert's Pinnacle Pellet plant could see some extra work coming their way in the third quarter of this year, with the British Columbia based company set to expand its production capability in the Bulkley Valley.

Pinnacle announced on Monday that they and partner West Fraser Timber would be redeveloping an existing particle board facility in Smithers,  adding the Bulkley Valley operation to their growing list of facilities that create wood pellets for export. 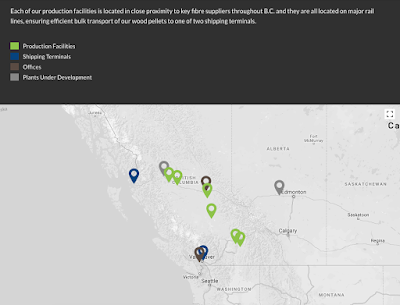 The announcement from Monday made note of the direct link to Prince Rupert offered by the CN main line through Northern British Columbia with anticipation of an annual production capacity out of the Smithers plant of 125,000 metric tons.

Robert McCurdy, the CEO of Pinnacle noted that the joint partnership with West Fraser, which has Pinnacle holding 70 per cent interest, will contribute to the growth of Smithers and other Bulkley Valley communities.

"We are pleased to be partnering on the Smithers facility redevelopment with West Fraser. This project will contribute to the economic vitality and job growth of Smithers and other local communities," ... "We are committed to the numerous communities throughout the Western Canadian fibre basket in which we operate, and we plan to continue to look for similar projects to support our future growth."

Pinnacle has seen increasing levels of shipments out of their Westview terminal facility, the current facility has annual gross storage capability of 2,500,000 Tonnes.

The most recent statistical overview from the Port of Prince Rupert highlights the impressive growth in shipment numbers between 2018 and 2017.

Such has been the nature of the growth of the energy shipment industry since Westview opened, that Pinnacle is already giving consideration to the expansion of the Westview location. 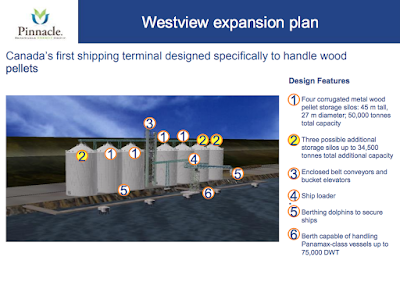 You can get close up look at the Westview Facility from the industrial video found below:

More notes on Monday's announcement can be found here.

Further background on Pinnacle Pellet in Prince Rupert can be reviewed from our archive page here.