The social media streams of Premier John Horgan and MLA Jennifer Rice provide for a helpful backdrop to the Monday tour of Prince Rupert by the Premier, who made his first extensive look at the successes and challenges for the community on Monday.

As part of his review of the day, the Premier spoke of the importance of the Port to the nation and province and how it is a strong economic engine for the Northwest and with its growth will continue to be a key element of both the provincial and local economy. 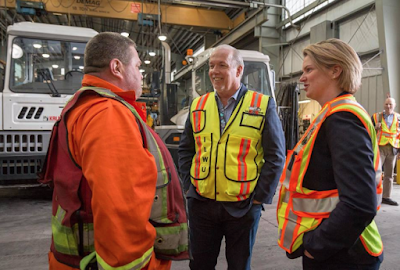 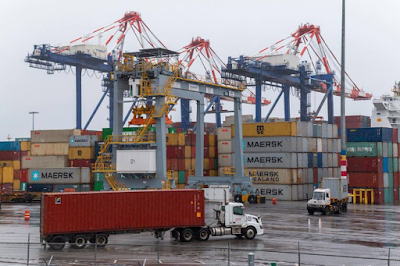 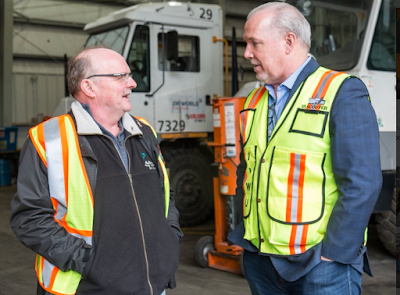 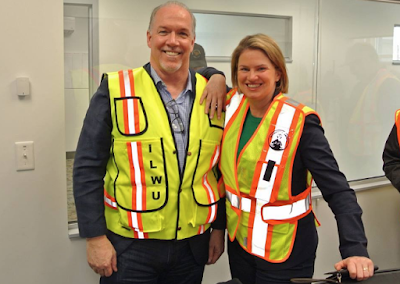 From the visit to the Port, it was on to a number of meetings in the community, with MLA Rice and MP Nathan Cullen in tow, the Premier stopped in at Prince Rupert City Hall, taking advantage of the time in the city to discuss some themes with Mayor Brain and other Council members. 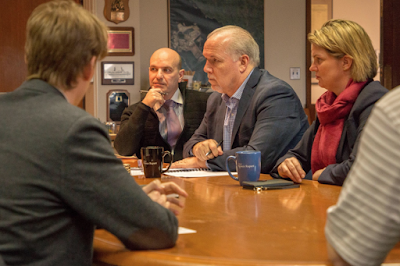 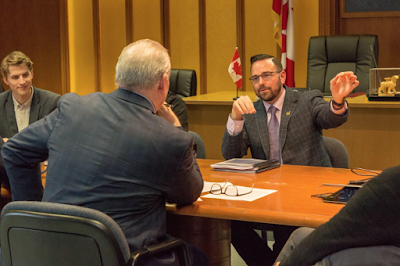 So far there has been no indication from Premier's Office, or City Hall as to what themes they may have discussed, or if any issues have been resolved from the list of concerns that the City recently outlined as part of their 2018 Budget process.

Over the course of the last few months, such themes as the Port Cap tax and Ridley Island Tax agreement have made for a portion of the City of Prince Rupert's  narrative on the challenges of civic governance.

There was also no indication if such issues as housing, health care and the need for a new Middle School in the city ever made it to the list of topics for those gathered around the table at City Hall on Monday.

Prince Rupert, like many other communities in the Northwest is also a member of the Northwest BC Resource Benefits Alliance, and while the Premier did mention the topic of resource development and the prospect of benefits returning over the long term from those resources, there was no indication from his time in Prince Rupert that any announcement is pending when it comes to the ambitions of the NWBCRBA.

Through the range of his media availabilities on the day, the Premier held to many of the same talking points for the most part, speaking to the economy, growth of the port and the future prospects that it could deliver to the province.

As well, the Premier returned to his  notes related to the recent change in the NDP's framework for LNG development, something the Premier notes is not limited to projects proposed for Kitimat.

You can review some of those tour snapshots below:


Monday night was given over to socializing, with the Premier hosting a get together at the Ocean View Hotel downtown, where local residents had an opportunity to pop in, bend an elbow and bend the ear of Mr. Horgan.

Today, the Premier is off to Terrace to continue his quick jaunt to the Northwest, he will be at Northwest Community College with Advanced Education Minister Melanie Mark for an announcement related to training opportunities at the college.

Later in the day, Premier Horgan will travel to Kitimat, where a meeting with members of Unifor has been arranged for to discuss topics of interest with workers in that community.

More items related to the Premier's tour and other notes on provincial politics can be found on our Legislature Archive page.