Testing, Testing ... Are you Prepared for an Emergency situation? 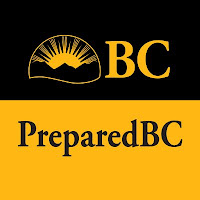 The province's Emergency Broadcast System is going to be the subject of a preparation exercise later today, with TV and Radio stations across British Columbia set to showcase how they will deliver emergency information to the public, should an event take place requiring such notice.

The Alert Exercise will take place this afternoon at 1:55, when a tone and the following message will be transmit by all broadcast services in British Columbia

You can review the background to today's test here.

Today's test is part of preparations to launch a wireless phone addition to the existing Alert Ready program in BC, that component is designed to provide emergency information to residents through their cel phones.

You can learn more about that program here,  the cel Phone messaging program is expected to be put into motion in May with the first tests of the messaging project to take place at that time.

One of the main complaints from North Coast residents during the 7.9 earthquake in Kodiak Alaska and Tsunami warning for the region was the lack of alert options available in the Prince Rupert area to call attention to that and future emergency situations.

The confusion over public alerts led the City of Prince Rupert to issue this advisory related to the January 23rd event, where city officials noted that at that time they did not believe that it was necessary to call a local state of emergency.

While the City may have been reinforcing the theme that there had been nothing of concern for local residents, the fall out from the January 23rd event did find a number or residents outlining their concerns over the flow of information from the city.

With some calling for a return of the emergency siren program in the community, an alert system abandoned by the City many years ago and one that they don't seem too much in a hurry to reinstate in the wake of the most recent warnings of January.

Council members followed up on the January event at their January 29th Regular Council session, providing a short overview of the most recent event and plans for future alert programs, along with some historical perspective on how the community handled previous emergency situations.

Included in that overview of late January was the City's own plans for an automated alert system for text and landlines in the community.

North Coast MLA Jennifer Rice, who holds the position of Parliamentary Secretary for Emergency Preparedness, has been quite active through her social media accounts with updates on how British Columbians can prepare for Emergency Situations. 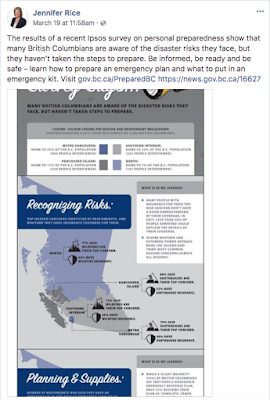 You can review more of her talking points on the theme here.

For more items related to seismic events on the North Coast see our archive page here.

To keep up to date on community events in the community see our Events archive page here.

Email ThisBlogThis!Share to TwitterShare to FacebookShare to Pinterest
Labels: Emergency Alert system to be tested today at 1:55 PM