Monday evening signalled the start of what will be a number of financial reports delivered to City Council by the time the end of June arrives, that as the city's Chief Financial Officer, Corinne Bomben provided what she called a snapshot in time of the city's financial picture, through the findings of the Audited Financial Statements.

The report provided for some of the details of the audit of the financial statements as of the end of December of 2018.

Ms. Bomben's themes explored a range of highlight notes that helped to shape the financial results from the 2018 year period and made observations as to some of the recent infrastructure work, outstanding loan debt as well as some notes related to the workings of the Legacy Corporation and Watson Island Intermodal Trade and Logistics Park.

To open her review, Ms. Bomben noted how the city's financial position in cash and cash equivalents has increased by 3.8 million from the prior year owing to grant funding for phase one of the water replacement project completed in 2018, while General Receivables decreased by 3.5 million given most of the provincial grant for phase one was recorded as receivable at December of 2017.

The deferred revenue increased by 1.1 million primarily due to the early receipt of lease payments to fund development costs on City owned lands.

Among the Debenture debts the balance on the Cruise Ship Dock is 1.3 million dollars due in 2025, with the Airport upgrade balance owing is listed as 5.9 million due in 2034.

Tangible capital assets through infrastructure included the West Berm expansion and phase one of the water project were the most significant with other assets such as the work done on McBride and other budgeted road paving made up the balance.

As well she observed that the RCMP Detachment Cell block upgrade and the acquisition of the public works modular building on Wantage Road made up the remainder of the increase to city assets.

Ms. Bomben observed how the working capital of the city to service current liabilities is good, with the City ratio listed at 2.4 to 1.

Revenues were close to budget with only a few significant notes, the non receipt for the Water Grant fund as the project had not yet started in 2018. The increase in Building Permit fees received and the lease income from Prince Rupert Legacy sublease on Watson Island.

Expenses were also close to budget with ongoing Watson Island development costs being higher and utilities expenses and road maintenance coming in lower than budgeted.

Those elements all contributed towards the excess of revenue over expenditure.

The Operating Surplus increase experienced is mainly due to funds advanced through dividends from Legacy for road work in 2019 and un-budgeted building permit fees, penalties and interest on late taxes.

The utility funds ended the year with a surplus due to expenses being less that anticipated. The surpluses in each of the funds will go towards ongoing capital projects in the future.

The most significant of variances in fiscal revenues to the approved budgets included dividends from Legacy and building permit fees received in development services.

In the expenditures some capital projects were either not completed or not undertaken and rolled over until 2019. Projects such as a retaining wall, boiler replacement, completion of the West Berm expansion and Phase Two of the water project all contributed in a surplus.

Ms. Bomben noted that as in the past included in the report were the financial statements for Prince Rupert Legacy Inc., observing that the working capital is good meaning that there is sufficient cash to discharge immediate liabilities.

She also outlined how the company has received rent in advance to assist with land preparation costs for current and future lease opportunities.  The year concluded with the company net income increasing by three million as a result of leases on company owned and leased land.

Overall Ms. Bomben noted how the city has kept in line with its budget, proceeded to take on infrastructure projects through grant opportunities and continued to deliver services for the community to thrive.

When it came for time for questions, there were only two council members who offered up any inquiries on the nature of her report.

For his part on the night, Councillor Mirau offered his commendation to staff for their delivery of the financial plan for the year particularly when it came to spending variance. He also had a follow up inquiry on the decline in revenue from the pool, which was attributed to the length of the recent shutdown.

Councillor Gurvinder Randhawa directed all of his attention towards both the financial workings of the city's Legacy Inc. and its financial investments in the Watson Island site.

Towards some interest in the former pulp mill site now repurposed as a Logistics park, the councillor asked for some clarification on the Legacy Inc information from the presentation related to expense recoveries on reclamation costs by a tenant, as well as ongoing developmental costs on Watson Island. 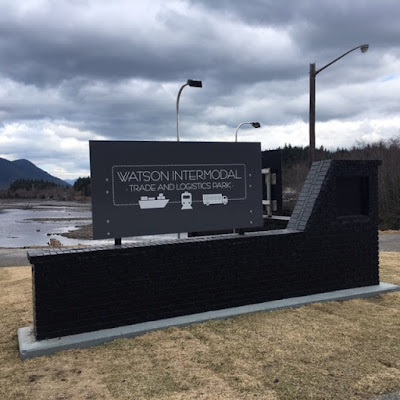 The interest in Legacy and Watson Island does seem to suggest that City Council should perhaps be calling on those that have oversight on both initiatives; offering the time to provide for a more expansive public review of the latest developments in those areas of focus.

Other than the yearly mentions by the CFO in her reports, residents of the city really have little knowledge of the progress for the city's Legacy initiative, or a full picture on the status of the Watson Island Trade and Logistics park and any news that may be related to the city's reinvestment in the site.

Neither of which, along with a number of other areas of civic oversight seem to make for much of a discussion theme during the regular council sessions, even though the average city council session of late is only around half an hour in length.

Most of the council sessions seem to provide for short public discussion by council members on topics; when they contribute at all, All of which does seem to leave open the opportunity for Council members to explore some of the city's more high profile investments with the city's residents should they desire.

With terms such as reclamation costs and an indication that ongoing Watson Island development costs are higher, it would be of some value for the City to provide a full overview of the current status of the industrial site for the public. That as a way to provide for a better picture as to whether revenues received to this point have met with expectations and if there are indeed unexpected costs that the taxpayers of the city should know about.

It might be helpful as well if the council members were to ask the kind of questions of those that are watching over both Legacy and Watson Island, that residents might wish to hear answers on.

When it comes to Watson Island, Councillors perhaps could  explore themes such as whether the past costs towards remediation of the site have been recouped yet, what level of ongoing cost is still in place and whether any new tenants have been recruited for the Logistics Park, just to name a few.

You can review the CFO's report from the City's Video Archive starting at the 20 minute mark.

The Audited Financial Statements have yet to be posted to the city's Financial page, so for the moment the oral report as delivered Monday, will make for the only record of the findings.

When they are posted, they will make for a collection of financial information that will also include the Statement of Financial Information,Annual Report and related Amendment bylaws for the Five year Financial Plan.

For more items of interest related to the City's Financial Department see our archive page here.

What few notes that the city has released related to the Watson Island Intermodal Trade and Logistics Park can be explored here.

The full overview of Monday's City Council session can be found here.