The City of Prince Rupert will soon be reaching out to existing Community Grant recipients, as well as hopeful newcomers for the program with consultation the word from City Council Monday night, that after Councillor Nick Adey made some inquiries as to the progress of the revamp for the funding program.

"I had a question around the model for funding community organizations, I remember when the people from the  Arts Council came and spoke to us, they were looking for a change as many organizations would want. And one of the responses that we gave them was that during this year we would be looking at restructuring how we do those awards, or that funding. So I guess I'm wondering where are we with that and is there likely to be any opportunity for representatives of some of those organizations to be part of those discussions."

Corrine Bomben, the City's CFO is watching over the process and she advised the Councillor that she is working on the project at the moment and currently making plans to make use of the city's consultation initiative of Rupert Talks.

"I am actually planning on using Rupert Talks to get community input and also invite existing community grant recipients as well as anyone else who has never received one before, to participate in establishing and creating the new Community Enhancement Grant policy"

Community Grant funding changes has also been a key issue for Councillor Blair Mirau, who has often spoken to the theme of revising the city's approach and to find ways to provide for more stable and predictable funding.

A theme he returned to most recently in March of this year, speaking to the topic as part of some follow up to a presentation fro the Museum of Northern BC.

"That was something that I was very passionate about in reforming the Community Grant Process to try and give you guys as community groups more stable predictable funding so that you can plan years ahead and I'm glad that we can agree that has worked very well for both sides."

At the time Mr Mirau also observed as to how it provides for more stable funding and allows for the ability to plan the financial program out over a wider period of time.

"Why it's such a win-win from our perspective it allows us then, in our five year financial forecast to really plan out exactly what is going to happen rather than to ask you guys to come back year after year with your hat in your hand"

The process of making changes to the way that the City goes about distributing Community Grant funding has been an evolutionary process since first mentioned in December of 2014.

An attempt to reduce funding for the Library in January 2016 earned City council some significant push back from the public two weeks later, as a large number of Library supporters made their presence known at City Council, not to mention their disappointment  at the city's handling of Library funding issues.

Since then however, the City has had much more success in moving forward their plans for the larger Community grant recipients, though the annual decision making still makes for some of the more challenging of moments for the elected officials each year. 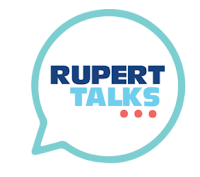 Towards hopefully finding the long sought after solution, the City's Financial Officer will now be looking to take the process to the next stage soon and to hear from grant holders in the near future to provide feedback on the city's plans.

Residents with an interest in the topic and how the city is approaching it should keep an eye on the Rupert Talks page on the City website for updates on the consultation process.

You can review the Council discussion on the Grants question from the city's video archive starting at the 33:30 minute mark.

A wider overview of past council discussion themes can be explore from our Council Discussion Archive page.