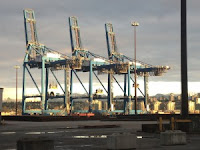 In addition to the Prince Rupert terminal, DP World also owns Vancouver's Centerm Container terminals making its presence in British Columbia a key element of the port industry in the province.

In its announcement of the purchase, DP World noted that the Fraser river terminal has 1200 metres of berthing space along with 189 acres of terminal space alongside, last year if moved 250,000 twenty foot equivalent shipping containers, it also shipped over 1 million tonnes of grain to global markets.

The deal sees the port facility change hands from an Australian based Infrastructure fund to the DP World Canada operations, which features the participation of Quebec's Caisse de dêpot et placement as a 45 percent shareholder.

“We are pleased to announce the acquisition of Fraser Surrey Docks, which complements our footprint in the west coast of Canada. We are seeing increasing demand from our customers for multi-purpose facilities in the region and we believe Fraser Surrey Docks has the relevant infrastructure and is in the right location to service this demand. We look forward to bringing DP World’s best-in-class terminal operations to Fraser Surrey Docks.” -- Sultan Ahmed Bin Sulayem, Group Chairman and CEO, DP World

No purchase price was announced from last weeks purchase 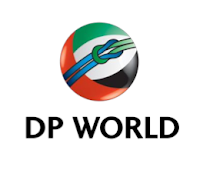 As DP World continues to expand on its presence in British Columbia, they are watching with  much interest in the plans announced by  the Port of Prince Rupert for further expansion of container facilities for the North Coast.

As we outlined on the blog yesterday, Port of Prince Rupert President and CEO Shaun Stevenson introduced a far reaching plan for significant development towards the south side of Kaien Island.

The project should it come to its full completion, would see up to 7 million TEU's pass through Prince Rupert, a significant increase from current levels of 1.35M TEU's, making for a development plan which would secure the North Coast as one of the key gateways of North America.

“DP World continues to invest in terminal capacity, including advancing our current expansion project at Fairview Terminal. We fully support the Prince Rupert Port Authority’s development vision which enables Canadian trade and improves the balance between imports and exports through the northern corridor.”

For more items of note related to DP World on the North Coast see our archive page here.