With some high profile mural making on the horizon, the prospect of more of the popular street art seems to be making a comeback for Prince Rupert, a theme which saw the community channel themes found at Vancouver Island community of  Chemainus for a period of time over the last decade.

Murals became one of the signature calling cares for the Vancouver Island community, making the town a tourism destination stop for those travelling around that area of the province

As we outlined on the blog last week, Transition Prince Rupert and the Argosy have joined forces for a new look for the wall at the Third Avenue shop, part of what is described as new plan to create more of the urban art throughout the downtown core.

That project through Transition Prince Rupert and another that will see Redesign Rupert team up with Conrad School to create a marine flavoured mural for the east side school, will kick start the mural making, which last delivered some pretty impressive works of art scattered in different areas of the city.

A sample of some of the existing urban art pieces found in the city can be found below. 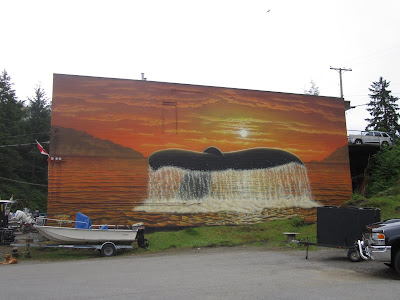 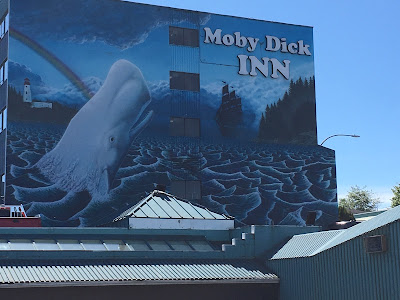 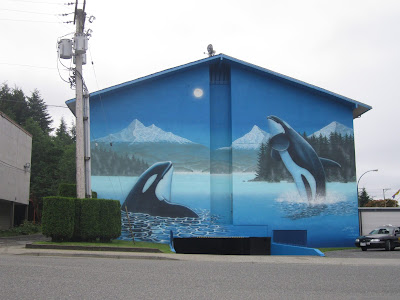 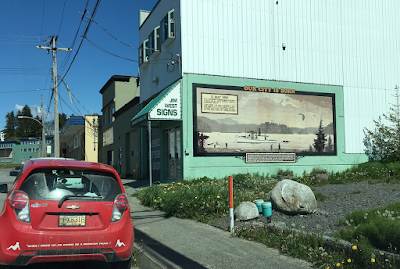 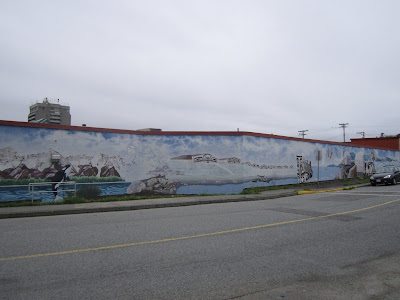 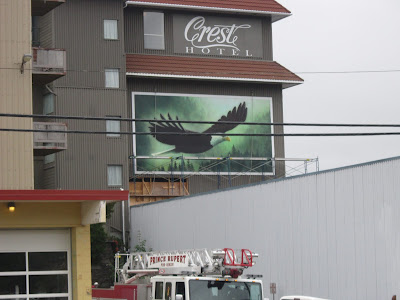 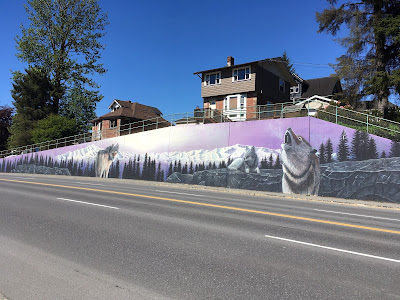 To return to the most recent blog posting of the day, click here.
Posted by . at 9:30 AM