Gavels at the ready, Prince Rupert's Rotarians and their guests are ready for Rotary Auction Number 55


A Prince Rupert tradition will take to the city's cable screens and Internet streams on Monday, as the Prince Rupert Rotary Club hosts its three days of sharing community spirit and raising funds for Rotary projects with the Annual Rotary Auction.

The long time fixture on the Prince Rupert Calendar marks year number 55 next week, a popular and always highly anticipated civic event that traces its history back to the days of the Golden Ages of Radio on the North Coast.

Now in the realm of the newest of technology, the Rotary Auction plays out as much on social media as it does through CityWest's cable feed available on CityWest Community TV Channels 10 and 310HD and the streaming options of both CityWest and Rotary.

In addition to the over 650 and still counting items donated by local businesses and groups that will be up for bid, the three nights of the Rotary auction bring the usually, shy and reserved Rotarians out of their shell a bit, with a rotating panel of auctioneers and presenters making for some lively engagement on the nightly broadcasts.

Among some of the hosts from past years that have kept the auction on track and made for some lively banter through the event are Doug Kydd, Herb Pond, Rosa Miller, Scott Farwell (known for his sartorial splendour) and Jack Payne and Sheila Gordon-Payne to name a few.

As well, the Lester Centre's own Michael Gurney, who is both Prince Rupert's and the Rotary Auction's resident living thesaurus, will once again provide for dramatic renditions of items for sale and puns of revelry. Many of which will no doubt soon be added to the lexicon of lore that the Rotary Auction has become famous for in recent years. 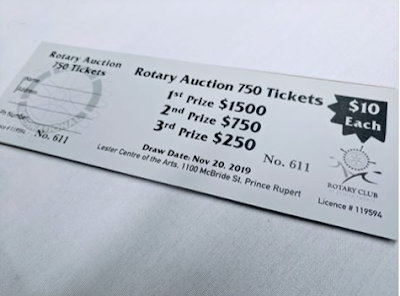 Beyond the many, many great gift items donated by Prince Rupert businesses and organizations, Rotarians will once again be offering the popular Rotary Auction 750 tickets.

With the ten dollar entry offering you a chance to claim the top prize of $1,500 or secondary prizes of $750 or $250. The tickets are available through any Rotarian or by phone on the three nights of the Auction

The 55th edition of the Rotary Auction runs from Monday, November 18th, to Wednesday, November 20th starting at 6:30 each evening and continuing on for four hours until 10:30 PM each night.

A fleet of Rotarians will also be on standby to deliver the deals picked up over the three nights direct to your door and all you have to do is leave the light on for them. 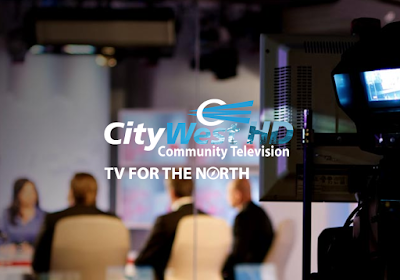 The three nights will be broadcast from the Lester Centre through the volunteers of CityWest Community Television, if you don't subscribe to CityWest Cable, the auction is also available through the feed below.

A preview of the 2019 items for bid, is available through a home catalogue delivered with last night's weekly paper, you can also explore the items up for bid here with pre-bidding now available.

For updates as we get closer to the First of the three nights of the Auction see the Rotary Facebook page here.

More notes of interest on community events in the region can be found from our archive page.