The national railway which provides exclusive service to the Port of Prince Rupert is in the spotlight on two labour fronts as we head back to work this week, with CN Rail recently announcing plans for what are reported to be significant layoffs, as well as having received strike notice from the union representing train conductors in Canada.

The Strike Notice was issued on Saturday and could come into effect as soon as tomorrow morning, sending close to 3,200 workers to the picket lines. 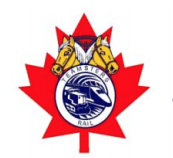 The Teamsters Rail Conference Canada served the 72 hour strike notice on Saturday making employee safety the key issue to be addressed, while casting some doubts on the financial concerns that the railways has cited in recent months.

“Fatigue has been recognized by the Transportation Safety Board as a major safety problem in this industry. Too many railroaders are operating trains when they should be resting,” explained the president of the TCRC, Lyndon Isaak. “For the safety of all Canadians, we cannot allow CN to make it even harder for our members to get the rest they need.

“CN is telling our members that they are facing tough times, but the reality is that they made over $3.8 billion in the third quarter of 2019. They should be ashamed to be pleading poverty. This obsession with profits and shareholder return, at the expense of just about everything else, is exactly what is wrong with our economy.”  -- Lyndon Isaak President of TCRC


In response, Rob Reilly, the Executive Vice-President and Chief operating officer of CN answered the strike notice with a statement on Saturday.

“We continue to negotiate in good faith to reach a fair agreement before the strike deadline. In the spirit of protecting the Canadian economy, we have offered the union binding arbitration and they have declined. If a settlement cannot be reached this weekend, we will once again encourage the union leadership to accept binding arbitration as an alternative to disrupting the Canadian economy. We remain committed to constructive talks to reach an agreement without a work stoppage.”

And while the strike notice will be the immediate concern, another issue that could have an impact on operations across the Northern line for the railway will be the plans for significant layoffs, with word of the scope of the CN plans revealed late last week.

That weakening economy has given CN Rail cause to adjust its workforce through furloughs for some employees, while reducing management and union job numbers.

While CN has not confirmed the numbers, many media groups are suggesting that the total number of those affected across the railways North American operations could number up to 1,600 workers.

More notes on both the layoff plans and the percolating labour dispute can be found from our CN Rail Archive page.
Posted by . at 8:54 AM

Email ThisBlogThis!Share to TwitterShare to FacebookShare to Pinterest
Labels: Labour issues ahead for CN Rail