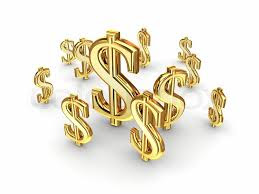 The contentious topic of remuneration for elected officials gets another review this week, with a well researched piece from CBC Vancouver which compares every community in the province.

Municipal affairs reporter Justin  McElroy took on what must have been a most mind numbing task of seemingly examining each and every Statement of Financial Information for every community in the province.

His findings come as part of a growing debate on compensation levels in BC, that after Victoria City Council laid out their desire for a pay increase from their current salary structure.

The Victoria council members, who for some reason seem to enjoy courting controversy, currently make just over 45,000 dollars a year, but have floated the idea of a pay bump to over 70,000 dollars, something that is making for a fair bit of conversation for residents in the provincial capital these days.

The report from the CBC provides a handy comparison chart for each region of the province and when it comes to the Northwest review, Prince Rupert is far and away the most generous in the compensation it offers the Mayor and Council members.

In the regional listings, Mayor Lee Brain hosts the top spot, at 75,000 dollars per year, almost doubling the salary provided to Terrace Mayor Carole Leclerc who is in second spot at just a shade over 42,000 dollars.

Kitimat's Phil Germuth is a bit further down the list in third at $35,500 per year, with the currently unoccupied mayoralty position in Smithers providing for a yearly income of $14,200.

Back on the North Coast, Port Edward residents reward Mayor Knut Bjorndal with a salary of 16,441 dollars.

The salary findings are for the basic civic salary for each individual community, elected Mayors  can also top up their salaries through duties with Regional District and various Boards, as Mr. Brain does.

Prince Rupert's six elected Council members also lead the way across the Northwest, though the gap is a little closer when it comes to compensation levels in neighbouring communities.

Kitimat holds down the third spot across the Northwest with salaries of $14,616 per year, while Smithers is not too far behind at $14,270

Port Edward has kept the compensation level below the 10,000 dollar mark, with the listing showing councillors in that community earn just over $9,600 in compensation.

If Prince Rupert councillors want to cast a covetous gaze at some payslips, they need only look as far as the North east, where Fort St. John council  members earn just over 33,000 dollars and Dawson Creek members just under $24,000.

The Prince Rupert salary level is on a par or close to such communities as Quesnel, Anmore, North Cowichan, Comox, Port Alberni, Lake Country and Osoyoos to name a few.

As we outlined in March, Prince Rupert City Council recently returned the Mayor to full time compensation and adjusted the Council salaries following a review by the Mayor's Blue Ribbon Review panel.

That panel delivered its findings in March, with the necessary bylaws adopted in April.

Some of those notes can be reviewed here, with links to previous stories on the salary theme found at the bottom of that article.

The CBC article is well worth a read to get a feel to how the North Coast is approaching compensation, compared to other areas of the province, you can examine the full report here.

To explore the salary compensation levels, simply hover your browser on each bar of the graphs included in the report to determine what salary is being paid to the corresponding community.

Email ThisBlogThis!Share to TwitterShare to FacebookShare to Pinterest
Labels: CBC report on BC Municipal council salaries