Things have taken a bit of a turn for the worse for Prince Rupert when it comes to placement on the annual Maclean's Most Dangerous Places listings for 2020, with the City moving into the top fifteen listings of communities featuring high levels of violent crime.

Prince Rupert has claimed the 11th spot in the Violent Crime Index, with the city joining Terrace at 8th place in the upper reaches of those communities facing some challenging times.

The two northwest communities are included in the survey of crime from across the country which was published on Tuesday by the national magazine. 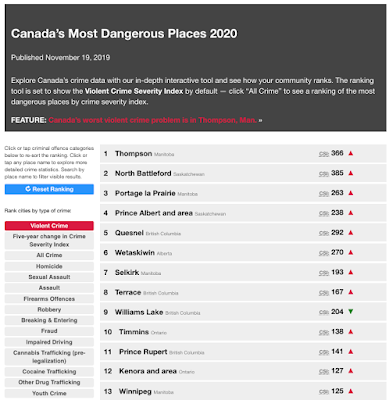 A direction that indicates that the streets are a little meaner than they were one year ago, the numbers marking a five year raise overall in the amount of crime that the city's detachment has been dealing with.

The Crime Severity Index compiles all of the crimes reviewed as part of the data collection. The Maclean's review examines statistics in eleven categories, which cover a number of findings from the Canada wide crime stats from Statistics Canada.

The Prince Rupert findings are as follows:

There were no findings included under the category of Youth Crime for Prince Rupert.

The Maclean's charts for Prince Rupert with national comparisons can be viewed below: 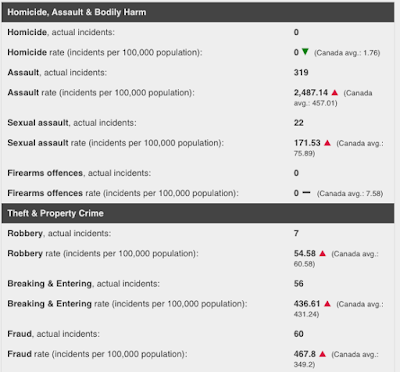 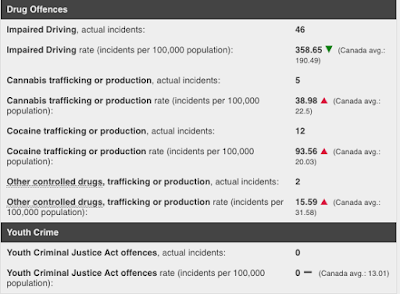 The absence of any homicide statistics for the City is the one spot on the Maclean's review where Prince Rupert has delivered the best score of the 237 communities surveyed by the national magazine. Likewise, a lack of firearms offences has placed Prince Rupert low in that category as well.

Things turn in the opposite direction in a few other categories however, in assaults the city is the listed third overall, trailing only Thompson, Manitoba and Penetanguishene, Ontario as having the most assaults on a per capita basis from the review.

From the Sexual Assault listings the city has a ranking of 12th overall, with Robbery stats putting the city 56th overall.

Break and Enters have seen a significant increase from a year ago, with the city listed at 92nd spot, compared to the mark of 153rd place in 2018.

The cannabis stats make for an interesting side note, with the numbers recorded in this years report reflecting the pre legalization era, compared to a year ago when the city was ranked at 35th on cannabis infractions.

There was some improvement in the impaired driving numbers, with Prince Rupert's placement at 43rd spot, down from last year's spot at 32nd overall signalling some success in the awareness program.

For Terrace the numbers deliver similar findings, with violent crime keeping the city in the top levels in a number of offences. 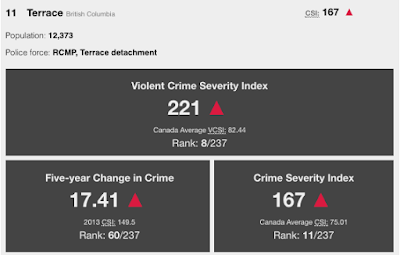 The Skeena Valley community counted 1 homicide, 187 assaults and 22 sexual assaults as part of the report.

The problem of impaired driving continues to be one that the Terrace detachment will have to address with, the city currently noted at 37th spot when it comes to infractions. 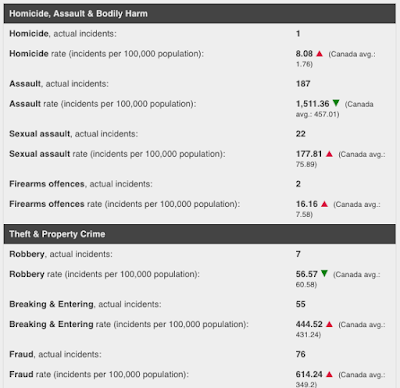 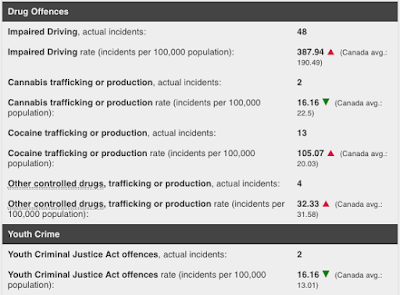 For British Columbia alone, Terrace and Prince Rupert claim spots in the Top Five of the province's most Dangerous places, while the largest centre in the North, Prince George has a ranking of 7th overall in the province. 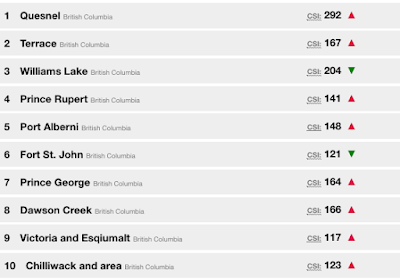 You can examine the results from the full study from Maclean's here, a search engine on the left hand column of their article offers a further break down by province or community.

In addition to the statistical overview, Maclean's has a number of feature stories on Crime in Canada, which you can review here.

The Maclean's review is taken from the Stats Canada findings of the Crime Severity Index. The data collection also reflects the results of the Statistics Canada Uniform Crime Reporting Survey from 2018, which was released in July of this year.

For more notes related to the work of emergency responders across the Northwest see our archive page here.

To return to the most recent blog posting of the day, click here.
Posted by . at 9:44 AM

Email ThisBlogThis!Share to TwitterShare to FacebookShare to Pinterest
Labels: Prince Rupert and Terrace listings from Maclean's Crime Review for 2020