As Alberta and Saskatchewan continue to keep their grievances with the Federal government and other provinces of the federation on the high boil, some have apparently taken to a little cartography to bring home their message.

The latest contribution to the expression of Alberta anger comes from an organization called the Frontier Centre for Public Policy which has put forward their vision of the new republic to come, complete with some expansive borders and ocean access making Prince Rupert their tidewater to Asia.

It's not the first time that Prince Rupert and Northern British Columbia have been coveted locations for Independence minded Albertan's with some time on their hands.

In March we made note of the work of two Academics with the University of Calgary, who also floated the idea of a North Coast beach head, their work recounted by Maclean's magazine at the time.

The most recent review of the idea from the Alberta office of the Frontier Centre starts off with an executive Summary which charts some of their future plans, making note of the fundamental rights of Albertans and Saskatchewanians to have "tide-water" rights, as well as a reminder of the economic corridor that came with rail connections between British Columbia and the rest of Canada. 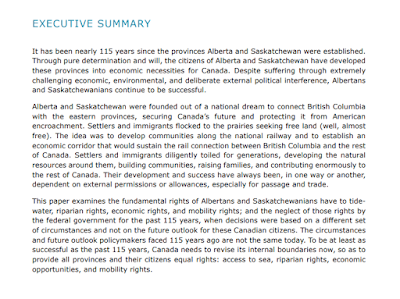 When it comes to the Frontier Centre cartography, the two models that they seem to be focused on, would see a large swath of Northern British Columbia become absorbed by the new collective, with Prince Rupert featured as the "tidewater" of choice it seems in both. 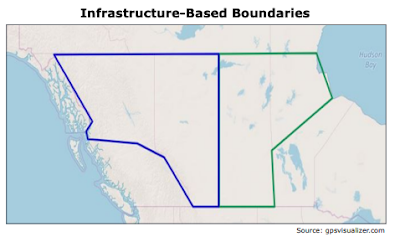 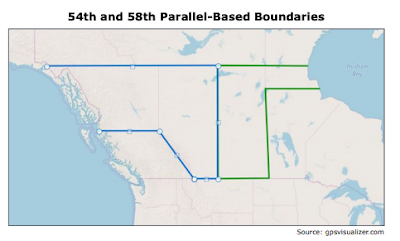 You can read the synopsis of the report and the full document from their website here.

The theme of re-drawing the map has hit the social media scene in Prince Rupert today, that following a twitter note from Danielle Smith an Alberta broadcaster and former politician, who asks the question of "What say you BC?"

And so far this morning for Ms. Smith, the vibe seems to be that of keep your hands off our land ...

The frustration of those in Alberta and Saskatchewan is understandable, as it would be for any area of the country that has been hit by economic hard times.  However making for fanciful land grabs and stirring up emotions probably isn't going to solve the issue, or bring much relief for those looking for real solutions.

The two governments in power in the two provinces at the centre of the current crisis for Confederation,  might want to give some thought to some of the new technology that is coming along that may assist in getting that currently land-locked oil and gas to market.

We recently made note of a trial shipment of bitumen by container through the Port of Prince Rupert, with both CN and other energy shippers looking at interesting concepts that could change the energy delivery industry significantly.

Prince Rupert's Northwest Gateway tests the waters; hosts transit of a test run for containerized bitumen shipments
Will the CanaPux change views on the shipment of oil on the North Coast?

As well, we recently recounted a plan from a Chinese LNG proponent to ship Liquefied Natural Gas to Asia through specialized container units.

Both would seem to offer a few interesting options to the current impasse over pipelines, offering one or two seemingly workable solutions (though more details are still required), all while the politicians and energy officials rededicate themselves to finding ways to address the ongoing debate over how to deliver Canada's energy resources.

Beyond that, the futuristic thinkers on the prairies might want to consult the most recent electoral map for some guidance on how their plan to takeover the North Coast might play out. 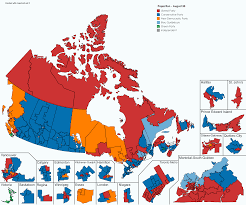 While there may be a current of support toward the idea in some regions of Northern BC, the Northeast in particular which does seem to have more in common with Alberta than the rest of BC.

The North Coast however, was a very solid Orange on Election Day 2019 (as was Churchill the other proposed point of ocean access), which would seem to suggest that the quest for tidewater might run into just a little bit of opposition along the way.

There is no doubt that there is a need to Redirect some energy towards addressing the concerns of those on the prairies, though putting aside incendiary concepts like a redrawing of borders that seems unlikely at best, might be a better focus for all.

Canadians for the most part are fairly good at tackling complex problems, one imagines that we're still up to the challenge of building a better nation and ensuring that very real concerns are addressed, all without the need of divisive themes that for the most part aren't going to help in the debate.

As the national debate continues over how to address the grievances of the prairies, much of it will be heard in the House of Commons, our archive of notes from Ottawa can be explored here.

Other notes on the theme can also be found on our political portal D'Arcy McGee.