A new recreation area could be on the way for the North Coast, with the District of Port Edward having recently started the process of seeking occupancy on .75 hectares of land just off the Port Edward turnoff at Galloway Rapids.

The early stage of the process is towards construction of an access road and parking lot, with a future application in the preparation stages for a seawall with public water access. 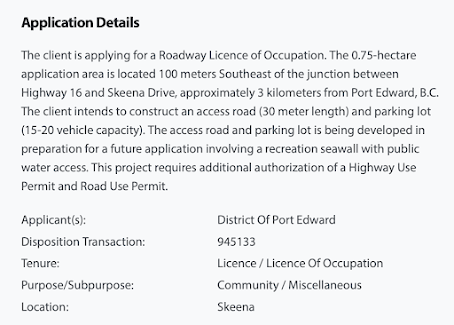 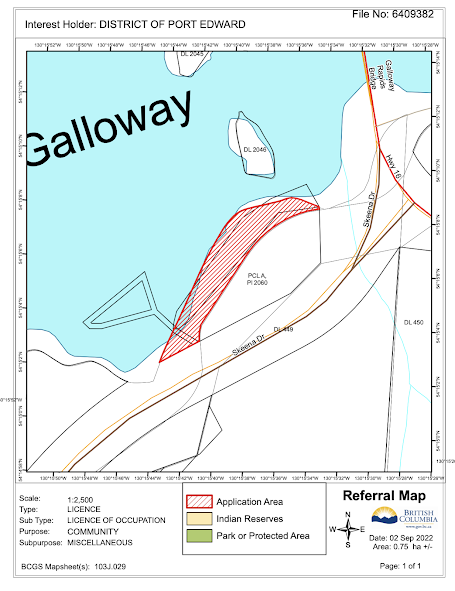 The District has made application to the Province for the access noting in their presentation of the future plans for the recreation area which would include picnic tables, an area to launch kayaks and other personal watercraft as well as a walking trail for the area.
The Port Edward prospectus also notes of how this would create public access to the water area, observing as to how some of the current access could be restricted as it is on private property.

There's no firm timeline in mind for the proposed recreation site development, the District noting how it would evolve in four phases should it go ahead.

You can review the District's full application here.

As it relates to Crown Land, the public has an opportunity to comment on the proposal until October 4th.

More notes on the District of Port Edward can be reviewed from our archive page.