The Prince Rupert waterfront is the focus for emergency responder training this morning as the Prince Rupert Port Authority and Prince Rupert Fire/Rescue hold a joint training operation focused on the docks and terminal area around the Northland Terminal.
The morning exercise features lots of smoke, with both land and marine responders taking on the simulated incident, as part of the mornings work, fire fighters have also been pulling mannequins out the terminal building, with the plan as it evolves also to include marine rescue work.
The exercise wraps up at 1 PM today and the public is asked to keep back from he waterfront area to allow the training program to move forward without any additional challenges. 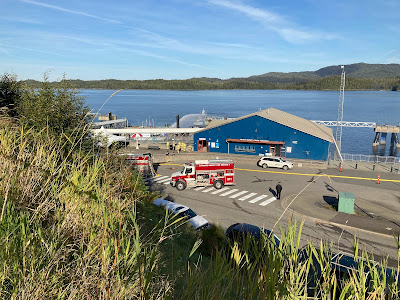 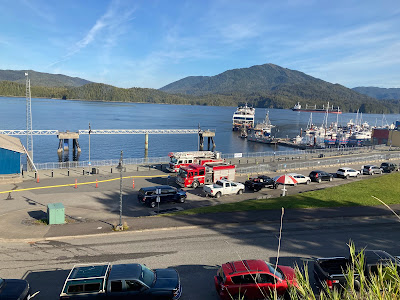 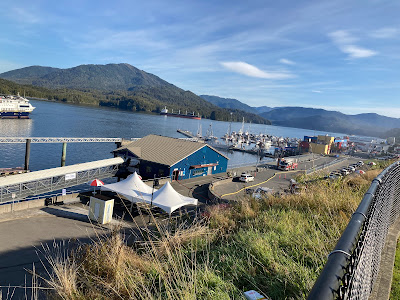 A number of residents have been taking out vantage spots at Mariner's Park through the morning to check out all the action.
Making for some interest on the morning was the arrival of the National Geographic cruise vessel Venture, which pulled into the harbour just as the smoke began to billow and the responders went to their work.
Something that must have been a curious thing to watch from those in their cabins on the approach to CowBay Dock.
We previewed the exercise on Friday, our notes providing some further background from the Port related to the training program for today.
You can find more videos of the session from our YouTube archive here.
More notes on the work of Emergency Responders in the Northwest can be explored here.
Posted by . at 11:36 AM