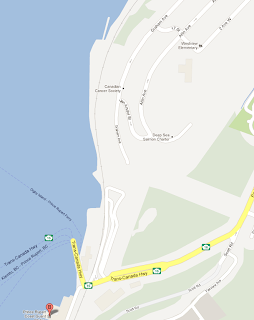 The Prince Rupert Port Authority delivered some welcome news to residents of the West side of the city today, announcing in a press release that the Port has installed new equipment in place at two waterfront crossing locations and with it implemented new procedures for train operations in the area.

The two locations in question are at the Highway 16 crossing at Fairview Harbour and at the BC Ferries terminal crossing, both locations feature bright red flashing lights which are now activated when a train is within one quarter mile of the crossing, in addition to the lights bell ringing audio will be heard when the train is at that one quarter mile point.

As well, new fencing has been installed along some 800 metres of track to prevent people from crossing along the restricted sections.

With those safety features now in place, CN Engineers have been advised to only sound their whistles should they observe an unauthorized person, animal or object on the tracks that may pose a risk to safety.

The updated safety measures were put in place in response to complaints from residents on the west side of the city overlooking the Fairview, who have made frequent comment about the amount of rail traffic in the area and with the increase in train whistles at the crossings with stemming from the operations of the Fairview Container Terminal.

The issue of train whistles has been a common topic of discussion at Prince Rupert City Council over the last few years.  With the moves now in place to reduce the amount of train whistle activity on the waterfront, that one item is perhaps ready to be taken off the city's to do list.

We looked at the issue back in August with this item of interest on the topic.

Past updates on the issue can be found below:

Details from the latest developments can be found below: