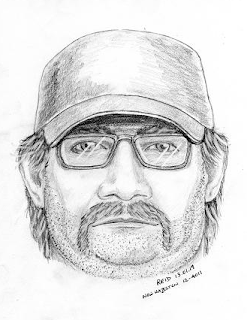 The New Hazelton RCMP has released further details in a hitch hiking incident of last month that raised much concern across the Northwest.

As we outlined here after the first report of the incident, a female hitchhiker from the Kispiox area, was forced to jump from the moving vehicle, when she became concerned over the behaviour of the driver who had offered her a ride.

As part of the investigation into that incident, the RCMP has released a composite sketch of a person of interest in the incident, offering up a visual in the quest to seek further assistance from the public.

The male suspect driver has been described as a Caucasian male, heavy set, approximately 40 to 50years of age, At the time of the incident he had grey hair and was wearing dark brown glasses and a jean jacket.

More information on the incident and the ongoing investigation can be found at the RCMP website.

Further reviews of the original incident from December can be found below.