New Bishop appointed to tend to the Catholic flock 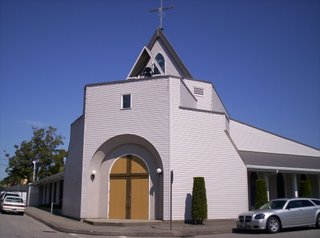 The close to 50,000 Roman Catholic parishioners across Northern British Columbia will soon be welcoming a new bishop to the Diocese of Prince George.

Soon to take up his duties will be 58 year old Monsignor Stephen Jensen, currently of the Archdiocese of Vancouver, who was appointed by Pope Benedict XVI last Thursday to be the new Bishop of the Diocese of Prince George.

With the retirement of Bishop Jerry Wiesner, who now holds the title of Bishop emeritus, the announcement of Monsignor Jensen's promotion to Bishop, marks the first time in twenty years that there will be a new face at the helm of the Catholic Church in Northern British Columbia.

The new Bishop has spent much of his time with the Catholic church working in and around the Lower Mainland, most recently as Vice-Vicar General to the Archbishop of Vancouver. Over his 32 years of service he has spent time in three parishes as well as worked with Catholic schools in the Diocese of Vancouver.

The Prince George Citizen had this backgrounder on the new Bishop, who is anticipated to take up his duties within three months, most likely based out of Prince George's Sacred Heart Cathedral.

Other items of note from his move to the Prince George Diocese can be found below.