CN cleaning up derailment near McBride 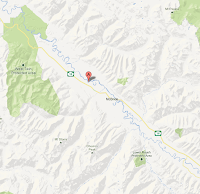 Crews from Canadian National Railway have been working over the night to clear up a rail derailment near McBride.

The incident took place yesterday morning around 8:40, when 17 cars carrying metallurgical coal left the track in what is known as  the Fraser subdivision, 16 of the cars are reported to have landed on their sides.

None of the coal spilled into the Fraser River, as the site of the derailment is not in a stretch of the tracks that run near the river. There were no injuries reported from the derailment and environmental issues do not appear to be a concern from it.

However, the derailment has impeded traffic on the line between Jasper and McBride.

The latest update from CN is that the clean up efforts are anticipated to be completed sometime this morning, returning the line to service. 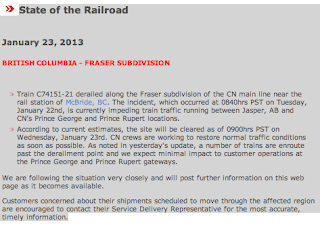 CN also advised that they believe that the incident would have minimal impact to customer operations at the Prince George or Prince Rupert gateways.