LNG developments sparking Gold Rush like thoughts in the Northwest 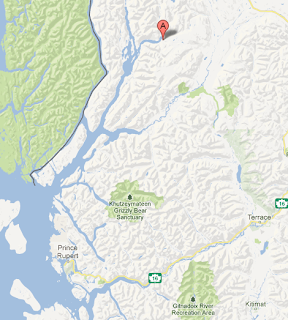 The Mayor of Kitimat hails the arrival of the Boom, instead of Doom these days.

Prince Rupert is in line for two potential LNG plants and shipment terminals.

And now, even an abandoned mining town in the region is set to get into the act, as the owner of the townsite of Kitsault changes his plans to take advantage in the interest in LNG development.

Welcome it seems to what is a new gold rush of sorts for the Northwest.

Much has already been reviewed about the LNG plans for both Kitimat and Prince Rupert, but the sudden appearance of Kitsault as a potential host of a plant and shipment terminal is a new item on the agenda.

An interesting turn of events for a development that not to long ago was being trumpeted as an eco-tourism destination, something that we imagine may go on the back burner, if the LNG option is to be pursued.

And while the Kistault proposal is at the moment overshdowed by the larger plans of Kitimat and Prince Rupert, there is apparently some interest in the idea that has been floated by Krishnan Suthanthiran, who purchased the town back in 2005.

He has gone so far as to put up a website of potential LNG development for the Northwest location, though at the moment it's not exactly to be considered a wealth of information. Short as it is on actual development information, more along the lines of here's what might happen.

However, the coverage of his proposal has seemingly put him in line as well, the latest possibility for a place on the Development list of Northwest BC Industrial sties.

Some of the reviews of the Kitsault plans can be found below.

Terrace Standard-- Energy Export Hub Proposed
Posted by . at 10:32 AM