Real estate transactions on the rise in the Northwest 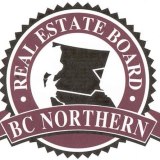 Hot on the heels of the latest property assessments from Assessments BC, comes the latest statistics from the Northern BC Real Estate Board. Some numbers that show that housing sales are on the increase in the Northwest, though Prince Rupert still trails both Terrace and Kitimat in overall sales.

The numbers from the Real Estate Board for Northwester BC look like this:

Terrace once again is the region's hot spot for real estate, with 318 properties sold in 2012 worth some $65.9 million dollars a significant increase from 2011 when 267 properties were sold worth $50 million dollars. Of the 190 single family homes sold in Terrace last year, half sold for less than $210,000, Terrace saw 27 parcels of vacant land sold, as well as 30 homes on acreage, 25 manufactured homes and a further 11 properties sold in 2012. As of December 31st there we're 157 properties of all types available through MLS in Terrace, down from the 188 properties at year end December 2011.

For a full review of the entire Highway 16 and 97 corridors of Northern BC, the Prince George website Opinion 250 provided a synopsis for all communities.
Posted by . at 9:31 AM

Email ThisBlogThis!Share to TwitterShare to FacebookShare to Pinterest
Labels: Real Estate sales in 2012