From Prince George, a hopeful step forward in the goal of Accountability and Transparency 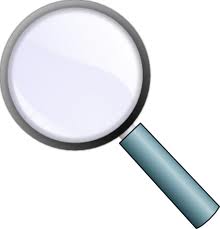 Councillor Skakun told wrote in his motion to Prince George City Council that  his request is  a result of questions posed to him by residents. He says that in the interest of financial accountability and transparency the information should be made public. “I also feel that as an elected official I should be able to access this type of information upon request to help fulfill my oversight obligations I have to the residents of Prince George.

His motion requests detailed information on the expenses from Civic Administration and outlines the problems currently in place to access such forms of information when it comes to City of Prince George dealings with a number of expenditures.

He is hoping to see a more streamlined and easily accessible process in place to follow the money trail if you will of civic expenditures.

To move the motion forward, Skakun will require a seconder at Prince George Council on January 7th something that is not particularly a given.

His point though is a valid one, especially the portion of his motion that  in the interest of financial accountability and transparency the information should be made public.

Those terms accountability and transparency are favourites of politicians on the campaign trail, suddenly banished from their lexicon it seems upon arrival in office. We've heard it frequently in Prince Rupert over the years, only to find that less and less information seems to be made public with each passing year.

Instead some strange sense of Omerta overtakes politicians it seems once they are in office and instead of open discussion, we find that special sessions of council and such take place more and more frequently.

The nod to transparency and maybe even some accountability, is apparently a notice on the City's website that Council will meet in Special session, with a note as to the subject ie: to discuss items on Watson Island.

Then the goal of transparency is dashed as the first item of business after being called to order, is to seemingly exclude the public.

It will be worth watching how Mr. Skakun's motion proceeds in Prince George, it would be fascinating to see if that spirit of accountability and transparency moves  westbound, we're pretty sure that Prince Rupert residents could come up with a short list of contentious items that they might wish to have more information about.

It's not the first time that Councillor Skakun has been visible on matters of Prince George politics, last year he was found guilty of breaching privacy laws when he leaked internal city documents to local media in Prince George.

At the time he was fined 750 dollars for violating the Freedom of Information and Protection of Privacy Act,  an appeal was declined by the Courts and Mr. Skakun outlined his disappointment on that outcome to the CBC.

Clearly however, he hasn't lost his interest in seeking information on issues that Prince George residents  have inquired about. it will be interesting to see if any of his fellow councillors share that interest in learning more about the financials of the City they are governing.

The full review of Councillor Skakun's motion can be found here, of interest to politicians everywhere some of the comments that follow it, where even those that don't particularly find much interest in Mr. Skakun's politics, are onside in his quest for answers and transparency.
Posted by . at 1:09 PM