Council Candidate Pedersen has a few thoughts on energy and more 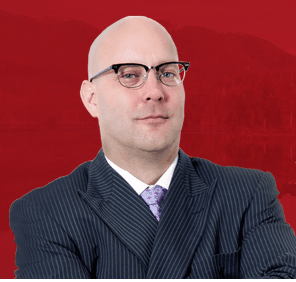 City Council candidate Ray Pedersen has many of the same concerns on local issues as those currently seeking a seat on Prince Rupert Council this year.

Following similar themes of looking for opportunities for the Port, the need to communicate with others in the region and in providing for affordable housing for the community, to name a few of his positions found on his website introduction.

However, one item that may put a bit of distance between him and most of the candidates during the campaign is a thought or two on the issue of fossil fuels and renewable energy.

Part of the platform he has put forward on his website for this November's municipal election consists of a call for a fossil fuel tax, which would be used to create a green energy venture fund, designed to create green energy and innovation on the North Coast.

A topic that seems fairly consistent with his current workday duties and through some of his past experiences.

The Prince Rupert entrepreneur who has founded the Slate Consulting Group, would seem to be one with some familiarity with the energy sector, at least if his biography on the Linked In portal is an indication.

How that fossil fuel tax proposal would work and who would administer the green energy fund however is something that might require a bit more of an explanation for the voters,.

Some of whom might not be inclined to add on another level of taxation to their daily payments, nor we imagine will many wish for the City to start to be administrators of any form of an energy fund.

Still, it's a different theme than what many others running for council have offered up.

Something not explored before by City Council, so filling in the details on that proposal and some of his other platform offerings may find one or two interested voters along the way to November.

You can review more background on the Municipal election campaign from our archive page here.

To seek out more information about those candidates which have developed websites or social media options check our archive page here, which has links to each candidates information flow.

Email ThisBlogThis!Share to TwitterShare to FacebookShare to Pinterest
Labels: October 2014, Pedersen on energy and other platform items