It has been one of the more recurring themes in recent months for Prince Rupert City Council and on Monday evening, concerns over the housing needs of the community once again received a fairly thorough discussion.

The topic was introduced by Mayor Mussallem, who recapped some of the key aspects that Council is looking to respond to, when it comes to the calls Council has been hearing when it comes to assisted housing requirements for the community.

The Mayor offered up the need to facilitate and seek consultation with a range of community groups to lay the foundation for a housing agenda for the region. With the Mayor recommending that the City look for groups that may be able to provide financial backing to secure assistance from the Canadian Mortgage and Housing Corporation.  A process which could lead to the development of the required assisted housing units in the community.

He pointed to the Apartment and Town House development on Drake Crescent, as a project from the past that Council may use as a guideline for their efforts. He observed how in other locations the local government would work with local groups such as Habitat For Humanity to seek out relief when it comes to housing concerns.


The Mayor outlined for Council how they might wish to consider asking groups in this community if they are interested in becoming involved in the issue and then have the City work with those groups to approach Canada Mortgage and Housing.

Councillor Cunningham suggested reaching out to such groups as KAPS, the Ministerial Association, the Salvation Army and other social advocates in the area who may be willing to join in on the proposal.  He suggested a partnership on the issue might be best approached through those types of agencies in the community.

The Mayor however seems to be looking to use a wider net when it comes to housing, with his suggestion that the City approach groups that may be willing to put money into the project, with the involvement of the social groups and housing advocates to follow, providing guidance as the project would move ahead.

As to where to locate any new housing, Councillor Cunningham suggested that the City could make use of it's P1 and P2 zoned land, steering development of those lots towards the creation of the assisted housing concept. 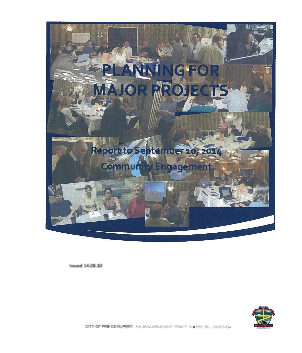 His report ( read it here ) explored the theme of forming a Housing Commission, something which Councillor Ashley believes might be the best approach to bring the various groups and advocates together and provide for momentum on the assisted housing issue.

Towards that topic, she observed that she believed that City Staff was currently looking to compile a list as to who would be interested in participation on that Commission.

She provided for the final thoughts on the issue for Monday night, highlighting for Council how the City may wish to provide the assistance to the concept without having to finance the initiatives out of their budgets. Stating that the more creative that the City can be the better, when it comes to delivering a result for the housing situation.

You can review more on the issues related to Housing in the community from our archive page here.

There are more items related to the discussion points from Prince Rupert City Council available on our Council Archive page.
Posted by . at 10:59 AM

Email ThisBlogThis!Share to TwitterShare to FacebookShare to Pinterest
Labels: Assisted Housing concerns in the community, October 2014