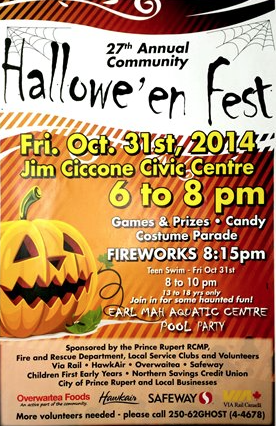 The annual ritual of door to door candy collecting and a grand celebration at the Civic Centre has arrived once again, as Prince Rupert awaits the evening hours and the arrival of Hallowe'en.

As in the past, much of the celebrations of the evening will be centred on the Civic Centre Complex as a battalion of volunteers put on the two hour spooktacular known as Hallowe'en Fest.

The evening of fun for the whole family comes about thanks to the work of those volunteers as well as from assistance from a string of sponsors.  All combining their forces to help to get Hallowe'en Fest into swing tonight, among those that have stepped up to participate are:


Following the fun inside the Civic Centre which starts at 6 PM, things will move to the outdoors as Mount Hays forms the background for the annual Hallowe'en Fireworks show, which is scheduled to start at 8:15 PM.

The forecast for witches, warlocks, monsters and such calls for partly cloudy skies this evening, with temperatures steady at around 6 degrees. With a bit of luck the rain holds off til after the witching hour! 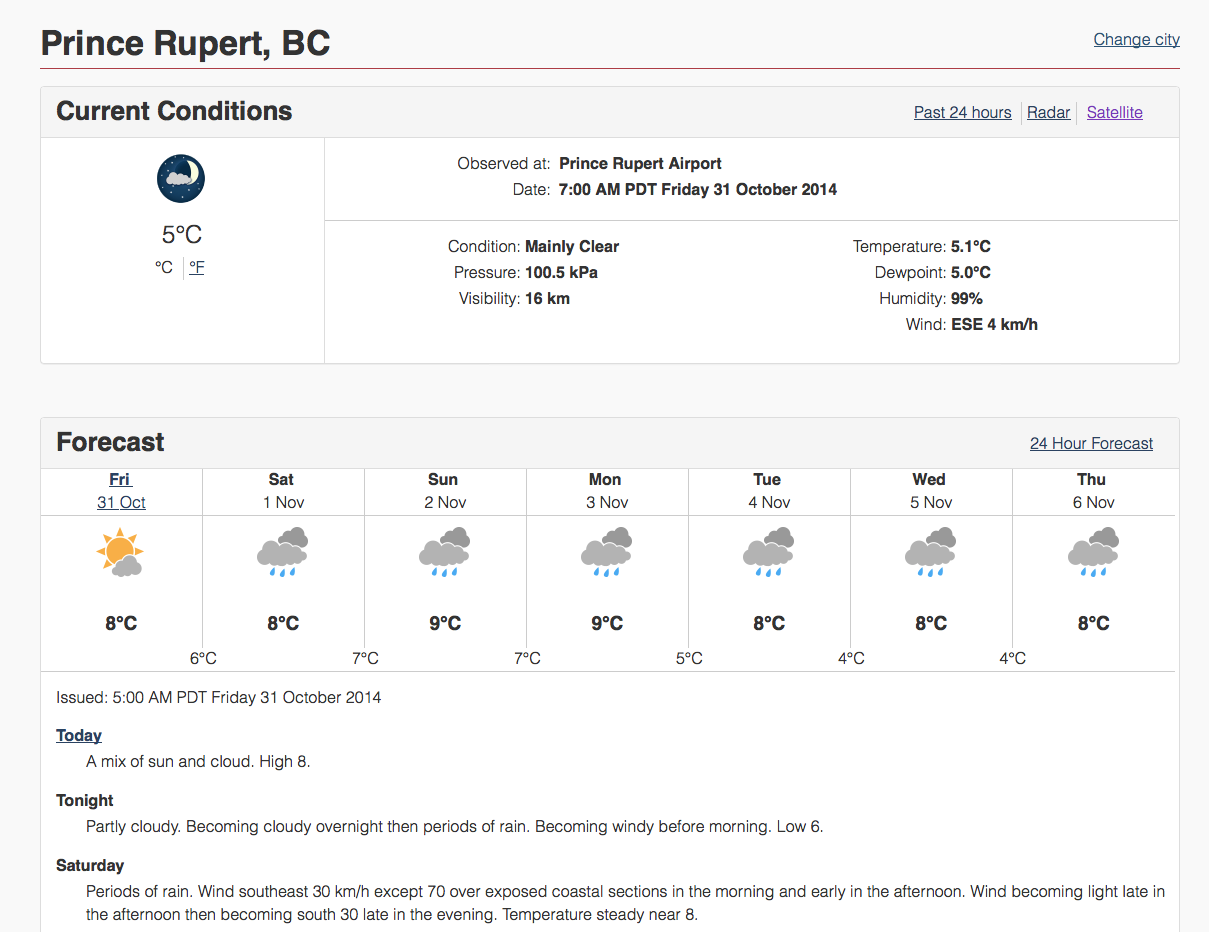 You can review how Hallowe'en fest came together this year from our item of earlier this month which highlighted the work involved to get things up and running.
Posted by . at 8:22 AM