Vancouver Sun articles on LNG in the Northwest highlight buzz, boom and even bust... 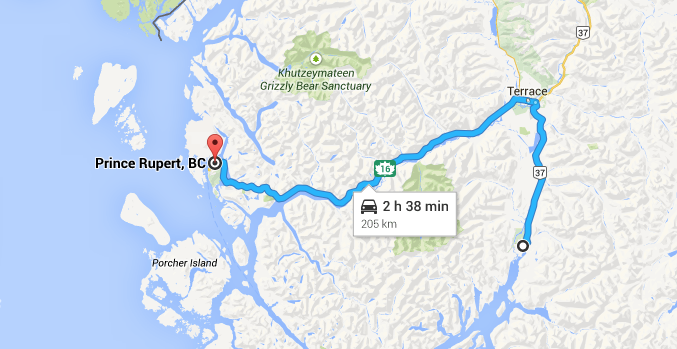 The Vancouver Sun's Gordon Hoekstra offered up a fairly comprehensive review this weekend of the current anticipation when it comes to the development of the LNG industry in the Northwest.

Focusing on Kitimat, Port Edward and Prince Rupert, Hoekstra examined a number of themes related to the proposed developments and the impact that just the proposal phase is having on the three communities.

Included in his overviews, are the impressions of residents of the region regarding the impact that the proposed terminals may have on the Northwest, whether it be of economic potential, or by way of social, housing and infrastructure concerns.

The Sun also focuses on some of the disappointments already found with the industry, as the various proposal jockey for position towards development and some fall to the side.

The expanded look at both Prince Rupert and Port Edward reviews the current state of the local economy, making mention of the empty store fronts of Third Avenue, with some of those spots coming to life as offices for some of the LNG proponents, even if only on a temporary basis.

The overview of the LNG story for the North Coast examines the potential of jobs and makes note of the many false starts from other industrial proposals, whether it be from the pulp mill or Canpotex to name a few.

A list of industrial ghosts which tends to shade any conversation when it comes to the LNG prospects.

With Port Edward the current focus of potential development with the Pacific NorthWest LNG project, a fair amount of the content of the articles is dedicated towards that community.

In particular, Hoekstra examines some of Port Edward's hopes  regarding the potential of the industry for the region as well as a thumbnail sketch of some of the  planning that the District is making for LNG development.

You can review the two articles below:

October 26-- Northwest B. C.'s LNG boom is already a bust for some
October 25-- The promise of LNG has B. C.'s Northwest buzzing

We have more on the LNG files of the Northwest available on our archive page.
Posted by . at 10:19 AM