Now here's a method to help get out the vote! 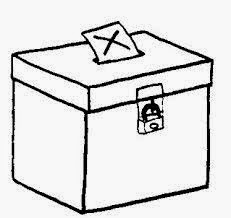 At last week's Prince Rupert City Council session, Councillor Anna Ashley closed off the meeting with a few observations on the upcoming election and how there is a need to help get the vote out in the community.

It's a theme she has brought to Council before, particularly in the recent weeks as the municipal campaign moved into a more active phase.

The Councillor was quite correct to highlight the nature of past elections, where the turnout has not been in large numbers, something surprising considering that of all the levels of government, the municipal scene provides for the closest interaction between voters/residents and those that they elect.

The 2011 Municipal election had but a 35 per cent participation rate, with only 3,184 of the 9,024 elgible voters making the trip down to the Jim Ciccone Civic Centre.

Last year's by-election to fill the seat of former Councillor Jennifer Rice had a participation rate of only 26.4 per cent, as only 2,376 voters cast a ballot of the 9,015 on the election roll.

Considering the growing number of issues that Prince Rupert has faced in just the last decade, one would have thought that residents would have delivered a far more engaged participation rate.

Like those elections of recent years, this one as well makes for an important point for how the City will be governed for the next four years, (the additional term of office was added this year).

As we outlined yesterday, the City has offered up a number of advance polling opportunities for residents to take advantage of, something that those who know they won't be in town on election day should take advantage of. 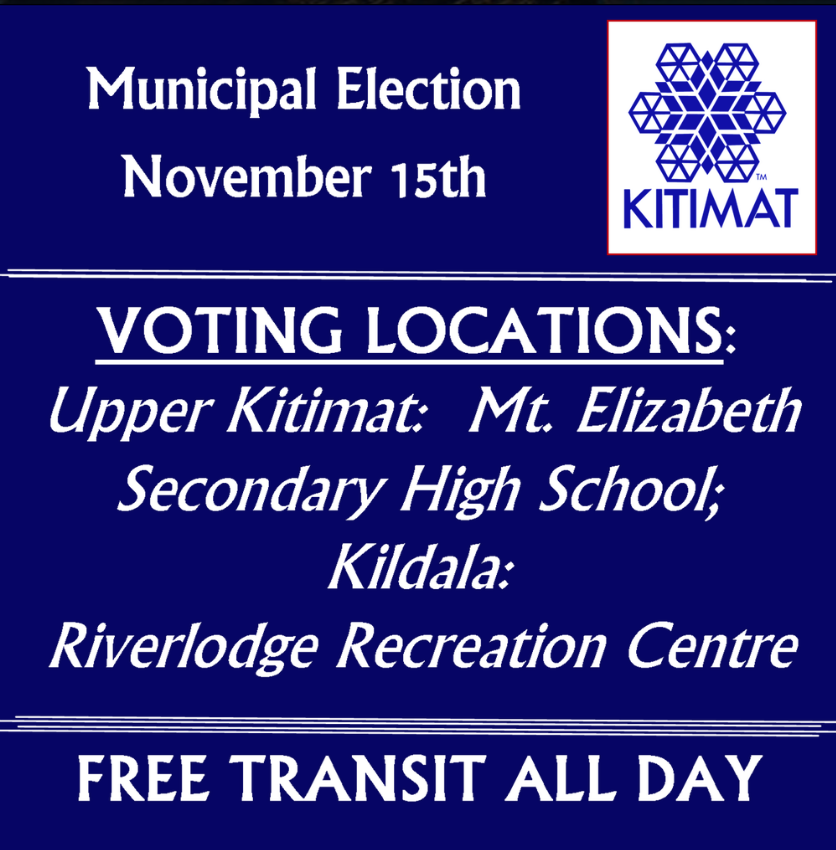 Other communities in the Northwest are taking some interesting initiatives to try and help to get out the vote.

In Kitimat, the District has announced that the entire Kitimat Transit system will be Free on November 15th.

While in Terrace, officials there have outlined that they will be providing a shuttle bus between between the Skeena Mall and the voting location at the Terrace Sportsplex.

Now perhaps, those plans won't result in huge increases to the usual levels, but they do show how those communities are making efforts to engage their populations with the process, in this case trying to find a way to at least get voters to the door of the voting station.

The transit options being used in Terrace and Kitimat, might just be one that Prince Rupert might wish to "borrow" from their neighbours for the 15th of November.

For more items related to the 2014 Municipal election see our archive page here.
Posted by . at 8:53 AM

Email ThisBlogThis!Share to TwitterShare to FacebookShare to Pinterest
Labels: Northwest communities find ways to get out the vote, October 2014