The promises and challenges of LNG development for the North Coast 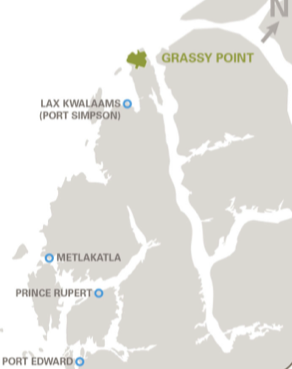 This promises to be perhaps a pivotal  week on the LNG file for the region, as the Provincial government prepares to deliver its tax regime details (rumoured to be this week), an announcement that will be watched with great interest by both British Columbians and industry officials.

From that announcement we may get some indication as to whether the Malaysian energy giant Petronas will find the numbers to be delivered a good fit, leading up to their deadline of the end of the month for clarification on where BC and Canada stand on LNG.

The prospect of the entire plan for LNG in the province is for some at peril if the Provincial Liberals and the Federal Government don't come up with just the right framework ahead.

Canada's LNG ambitions have a 'very high chance of failure"

Of concern as well, is word through a Globe and Mail story of Sunday that outlines the latest developments regarding the current CEAA review of the Pacific NorthWest project, described by the Globe's Brent Jang as a project in limbo.

And as we await further news from the Pacific Northwest group regarding their plans for Lelu Island, the larger prospect of LNG development still remains on the burner, not quite a boil, but a low simmer for now.

LNG for many is still considered the tantalizing road to economic rebirth for the area, however the prospect of any large scale LNG development will soon provide more than a few challenges for whichever of the candidates for Prince Rupert's Mayoralty and Council should find success.

Through Council this year, we have heard worries of infrastructure, housing, social concerns and issues related to policing and health care to name a few, as the themes of any enhanced economic development may bring.

Many of them can be reviewed again through the entries of our City Council Archive page.

And while the Council candidates and those for Mayor need to deal with the now, keeping an eye on the future should be a topic through this election campaign.

The problems that Prince Rupert may face have not gone un-noticed by others, over the weekend the Victoria Times Colonist columnist Les Leyne provided a fairly impressive review of the issues facing the North Coast.

Touching on the city's aging infrastructure, airport worries and revenue concerns, with Leyne making good use of a recent presentation by Corinne Bomben, the City's Financial Officer, who outlined many of the city's concerns to a committee of MLA's .

Mr. Leyne's thumbnail sketch (see here) should offer up a few topics for discussion as the municipal election campaign moves towards November.

You can follow some of those campaign issues through our Election archive page here.
Posted by . at 9:06 AM

Email ThisBlogThis!Share to TwitterShare to FacebookShare to Pinterest
Labels: LNG issues percolate on the North Coast