5.0 magnitude earthquake off of Haida Gwaii 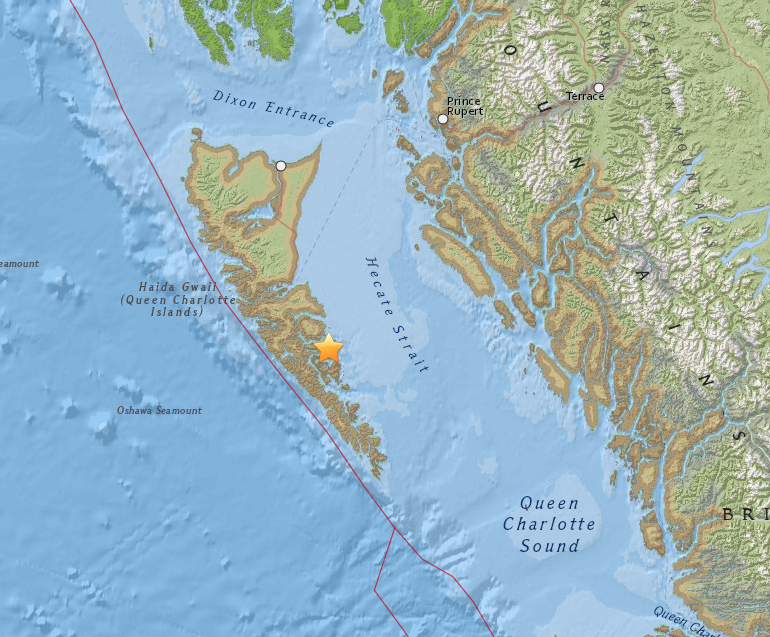 Update: The USGS later downgraded the magnitude to 4.3 on Sunday afternoon.

A significant earthquake has been recorded just off of Haida Gwaii this afternoon, a 5.0 magnitude temblor that struck shortly after 1 PM.

The USGS placed the epicentre of the quake at 127 km South, Southeast of Massett, 186  km SSW of Prince Rupert, it was recorded at 1:10 this afternoon.

Depth of this afternoon's seismic event was listed as 19.0 kilometres.

No Tsunami Watch, Warning or Advisory was generated by today's event.

No reports of damage or injury related to the earthquake have been outlined so far from Haida Gwaii.

It marks the first quake off of Haida Gwaii of the year, there was a string of temblors in the area in late 2014.

Some media reviews of Sunday's event can be found below:

For past items related to seismic activity on the North Coast see our archive page here.
Posted by . at 2:31 PM