U. S. Financial analysts give Kitimat the advantage in LNG development timeline 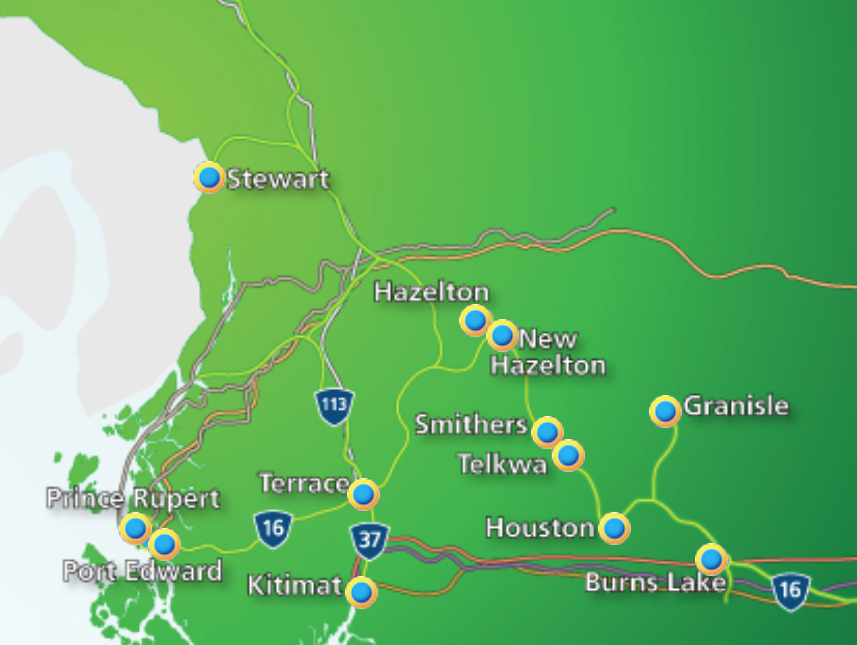 A report from a United States Financial group maybe be a bit of cold water for those looking for a bit of  momentum for the North Coast and its LNG dreams in the short term.

The investment firm Sanford C. Bernstein and Company offered an overview on the future of LNG in the near term for its subscribers, a report global in scope, but with a few notes on the future for British Columbia.

Suggesting that of the eighteen LNG projects proposed for British Columbia, only two will make it to the finish line by 2023 and both of them at the moment are proposed for the Kitimat region.

The investment group identified Shell's proposed LNG Canada development and Kitimat LNG, a partnership between Chevron and Australia's Woodside Petroleum Ltd., as the two most likely to progress to a Final Investment Decision and further development.

The Shell project is anticipated to be shipping LNG to world markets by 2021 if that Final Investment Decision is made, while the Kitimat LNG project would send its first shipments of LNG out by 2023.

The report makes note of what it calls the Global anxiety over commodity prices in recent months and how the changing economic picture will shift some of the time lines and decisions regarding many of the current LNG projects currently under consideration worldwide.

The Financial post outlines more from the report here.

According to that newspaper, none of the proposed projects for the Prince Rupert area were mentioned in the company's briefing notes for clients.

In addition to the review of the Bernstein and Company report, the Post also offers up further background on the status of the Pacific NorthWest LNG proposal, as well as how the latest developments in the energy sector may impact on the province's LNG strategy.

The topic of LNG was part of the discussion in Prince George on Wednesday, with Premier Clark addressing an audience at a Natural Resources Forum and maintaining her optimism over the prospects for the province and its place in the LNG industry.

The Pacific NorthWest project was the subject of discussion at the Forum as well, with Dean Patry, the Vice-President of the Prince Rupert Gas Transmission Project calling the Petronas project  the "Bell weather" project in the region.

For more on LNG in the Northwest, you can review our archived background information on the two Kitimat proposals here, while our collection of items related to proposed developments on the North Coast can be reviewed here.
Posted by . at 8:23 AM

Email ThisBlogThis!Share to TwitterShare to FacebookShare to Pinterest
Labels: January 2015, Kitimat LNG projects touted by US firm as most likely to move forward