The opportunity for North Coast residents to register their Kindergarten age children for the upcoming 2015-16 school year is almost here, with School District 52 preparing to accept registration from February 2nd to February 13th.

Children who are eligible for the Kindergarten program will be 5 years of age by December 31st 2015, the Registration process will take place at all of the city's Elementary schools from nine AM until Noon and one until three PM each weekday.

Registration for Port Edward School takes place from 9 until 11:30 AM.

For those interested in enrolment in the French Immersion program, that will take place at Ecole Roosevelt School.

You can check to see which catchment area that your neighbourhood falls under from the map below from the School District. 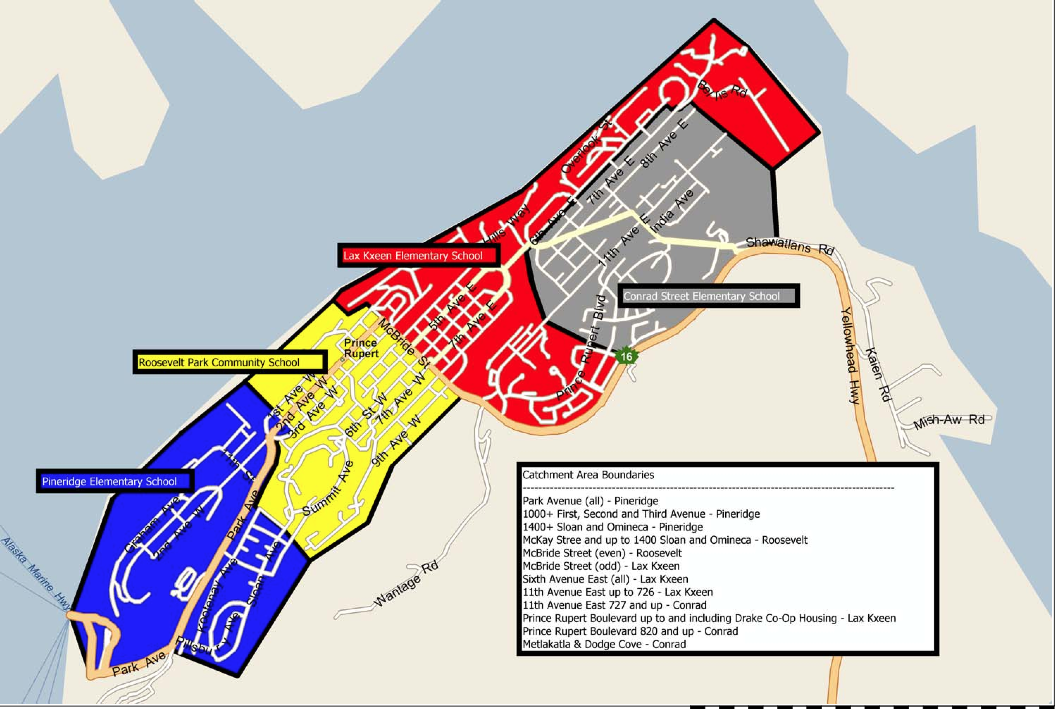 In addition to the Kindergarten Registration, the School District is also outlining its Cross Border Transfer policy for the year ahead.

Families that are considering a change in schools for their child or children are required to fill out a Cross Boundary Application Form, available at all Schools in the city as well as from the School Board Office.

Completed forms are to be returned to the child's current school or to the School Board Office for consideration.

The timeline of submission for the Cross Boundary Transfer requests is from February 2nd to February 27th.

The School District advises that any requests that are received after that date will not be considered until the first week of School in September.

For more background on both the Kindergarten program and Cross Boundary Request issues, as well as a contact number for parents see this information sheet from School District 52

For other items related to Education on the North Coast see our archive page here.
Posted by . at 9:02 AM