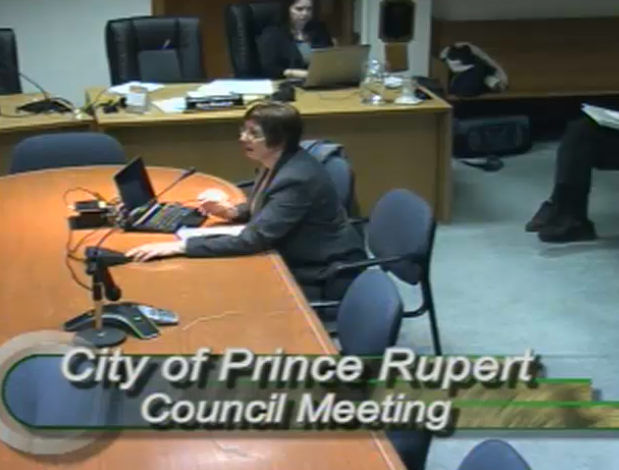 A presentation from BC Transit during Monday evening's City Council session outlined some recommendations for route changes in the city and a proposal to streamline local fares and increase them for the first time in three years.

Ms. Gina Curran from BC Transit outlined the blue print for Council on Monday. First tackling the topic of a number of proposed route changes to better serve portions of the city and in one instance reduce the wear and tear on the Transit vehicles in the city.

The proposed route changes would see a few of the Westview runs redirected towards the Park Avenue area to better serve the Transition House area, as well BC Transit is recommending that part of what they call the Crestview Loop service be eliminated, a portion of that route that features the steep incline for the buses on the east side of town.

BC Transit also has plans to split the School Special runs, to alleviate the current load congestion that currently exists.

As for fares, BC Transit recommended a few adjustments to the current fare structure and cost of passes that currently are in place.

Should Council decide to accept the recommendations, the price of riding transit in Prince Rupert (and Port Edward as well) would be two dollars, with a fare of two dollars and seventy five cents for the trip out to the Port Edward Cannery Historical site.

As well, BC Transit is recommending an increase for the Seniors pass from the current level of twelve dollars to forty five dollars.

With that  recommendation, Ms. Curran also outlined some details on a provincial program related to transit and suggested that local Seniors with low incomes or those residents in the community with disabilities could take advantage of the BC Bus Pass program run through the Provincial Ministry of Social Development and Innovation.

Should Council decide to accept that Senior' pass proposal, those who can access the BC Bus pass program would then have access to transit in other communities in the province, with the exception of the Lower Mainland.

Council members then offered up a range of questions and observations on the topic, with Councillor Niesh calling on his experience of once driving transit to provide background on some of the discussion topics, while Councillor Thorkelson expressed her concerns over the fare structure recommended, wondering why Prince Rupert residents should have the same fare requirements as those from Port Edward.

She also outlined her concern that any increase in fares could bring a reduction in passenger use, though BC Transit outlined that it is their belief that while there might be some passenger reductions, Council would still see an increase in revenues from the proposed new fare structure.

That was a theme that the City's Financial Officer offered up some background on, highlighting some of the past trends over the last five years.

BC Transit is looking for a decision of approval from City Council on the issues by February 1st, with implementation of route changes and fare increases to be in place by May 1st.

Council on the evening voted to accept the recommendations regarding the route adjustments, while moving the issue of the Fare recommendations to the January 26th council session for further examination and discussion.

You can review the full account of the Transit presentation and discussion from our Council Timeline as well as view the entire exchange on the topic from the City's Video Archive, it starts up at the 22 minute mark and continues until the one hour nine minute mark.

Email ThisBlogThis!Share to TwitterShare to FacebookShare to Pinterest
Labels: BC Transit looks to modify some routes and recommends fare increases for 2015, January 2015