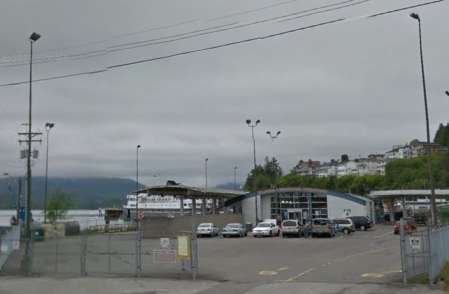 One day after the State of Alaska declared that it wasn't going to change the "Buy America" provisions of its bidding process, the state has for now, closed the door on the renovation project to the Prince Rupert Alaska Ferry Terminal.

Issuing a Wednesday advisory stating: "the solicitation for the Prince Rupert Ferry Terminal Replacement Program is hereby cancelled. Bids will no longer be accepted for this project. All current bid documents are considered null and void".

The notice was posted to the State of Alaska bid procurement site this afternoon, found as an addition to the Prince Rupert update sheet related to the proposed project. 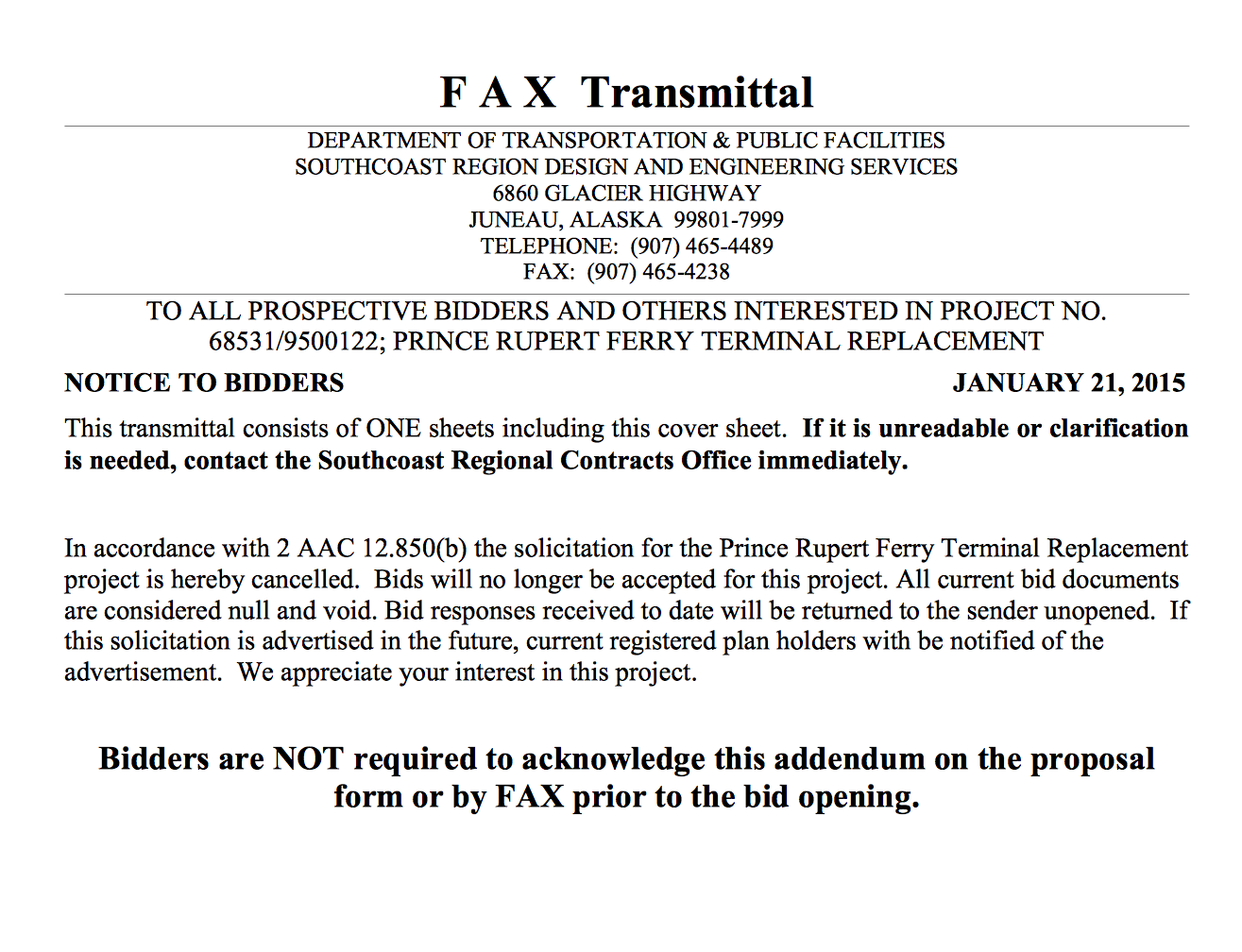 Yesterday on the blog, we outlined how the State had responded to moves from Ottawa that challenged the Buy America aspect of the project.

As part of their commentary on the controversy, Alaska Government officials had suggested that they were prepared to operate the Ferry Terminal in its current state, pending a resolution to the impasse between Canada and the United States on the issue of the Buy America provisions.

Today's announcement, appears to indicate that the Alaska Government does not believe that the situation between the two nations is going to be settled over the short term.

The decision to cancel the recent call for bids for the project and puts it into a state of limbo for now, with its future to be determined at some point in the future, providing an agreement can be reached on the controversial issue.

What kind of timeline the Alaska Government will be working on towards replacing the terminal infrastructure was not outlined today, though considering the aging nature of the dock infrastructure, it will be a subject that will have to be addressed by the Government of Alaska.

The need for repairs to the Fairview facility was identified last year, when the proposed renovation project was outlined.

With an eye towards those concerns, the Alaska Department of Transportation will no doubt be keeping an eye on the condition of the terminal moving forward.

The nature of the ongoing dispute has been a worrisome one for Tourism officials on the North Coast, as well as for others that find economic benefits from having Prince Rupert as the southern terminus for the AMHS service.

For the those with an interest in keeping good relations with Alaska intact, some consultation from officials of all levels of government on the topic is probably something that will be welcome.

Along with the desire to seek a quick resolution to the issue and moving the renovation project back into the active listings.

While the controversy is playing a part in larger issues on trade relations between the two countries, on the local level and of key importance to the North Coast is the understanding that an investment as that which was planned by Alaska into the Prince Rupert terminal, would serve to secure the city's place as the southern terminus for many years into the future.

Something that all levels of government should consider, as they seek to find a way to get the project back on track.

Update: Since word of the Wednesday announcement was delivered, a number of media outlets have provided their review of the situation, a few of them are provided below.

For more items related to the Terminal project and other items of note on Ferry Transportation on the North Coast see our archive page here.