A mid-day procession through the downtown area on Monday allowed members of the Prince Rupert detachment, along with a number of other emergency responders to commemorate the life of slain RCMP Constable David Wynn.

Constable Wynn was murdered in the Alberta community of St. Albert last week, responding to a call in that Alberta city, another constable was injured in that incident.

The City of Prince Rupert posted two photos of the procession to their website on Monday afternoon.

The CBC's George Baker also posted a photo of the procession, as well as this review of the day's events for Daybreak North. 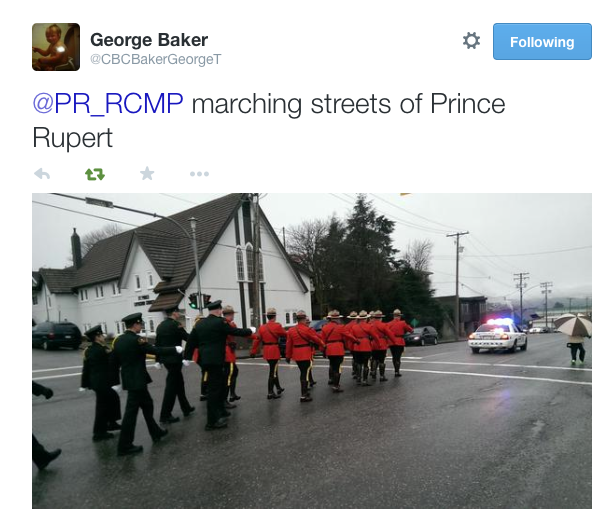 The weekly newspaper also featured a photo of the procession, posted to their website yesterday.

Constable Wynn's life was remembered in full regimental service in St. Albert, Alberta on Monday afternoon.  Some background on Monday's emotional service can be found below: