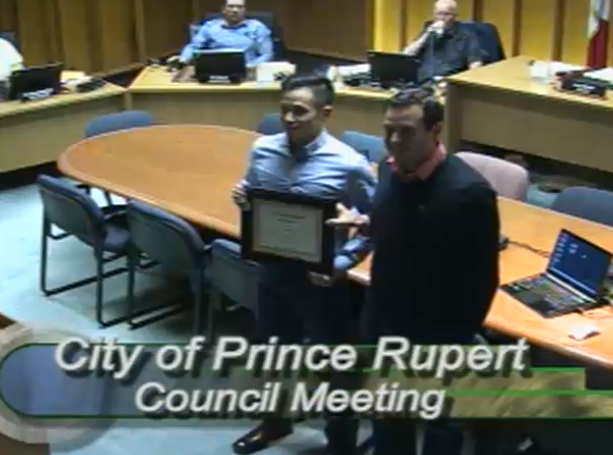 Prince Rupert City Council recognized one of Prince Rupert's own on Monday evening, saluting the achievements of Adrian Liu, the Prince Rupert resident who had a rather impressive year in 2014 on the national and international badminton scene.

In a ceremony at the start of Monday's council session, Mayor Lee Brain outlined a number of Mr. Liu's achievements in the sport of badminton, highlighting his work as delivering a good impression of his hometown on the world stage.

Following the Mayor's review of Mr. Liu's success in badminton, he presented Mr. Liu with his award, which was followed by a round of applause by all Council members, city staff and those in attendance at Monday's council session.

You can review the presentation below, it starts at the eighteen minute mark.

Badminton Canada features his profile on their website and offer up a sample of his work on the court with a video presentation, which we've provided below:

For more information regarding Mr. Liu's efforts on the badminton courts of the world, see our archive page here.
Posted by . at 2:26 PM